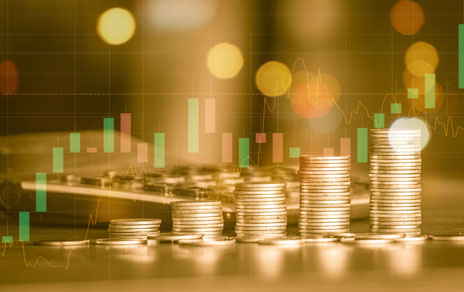 (Kitco News) - The gold market is seeing a modest short-covering bounce as momentum in the U.S. dollar slows and the bond yields dip after hitting a 12-year high. However, sentiment in the gold market remains bearish as prices stay below $1,650 an ounce and continue to test two-year lows.

Analysts note that gold's recent selloff has pushed the precious metal into bear market territory compared to its March high. December gold futures last traded at $1,643 an ounce, down 20% from its highs earlier in the year. Year to date, gold prices are down 10%.

"The combination of ongoing risk-off impulses and repricing of Fed tightening risks is likely to keep the dollar bid across the board near-term. With the outlook for the rest of the world still worsening, the global backdrop continues to favor the dollar and U.S. assets in general," said currency strategists at Brown Brothers Harriman.

Commodity analysts at Commerzbank noted that investors continue to flee gold-backed exchange-traded products in the current environment. They said that according to data from Bloomberg 7.7 tonnes of gold flowed out of the ETF market on Friday, followed by another 8.5 tonnes Monday.

"This has served to erode virtually all the solid inflows seen in the first quarter," the analysts said. "Gold appears to have lost its role as a safe haven to the USD, which thanks to the Fed rate hikes is promising considerable returns again, at least in nominal terms."

Lukman Otunuga, senior research analyst at FXM, said that while gold prices could move slightly higher in the near term, he expects the market to test $1,600.

"We may see high levels of volatility for gold over the next few days as the markets digest the flurry of speeches by numerous Fed officials. Nevertheless, the precious metal remains under the mercy of a broadly stronger dollar and rising Treasury yields amid Fed rate hikes," he said. "Looking at the precious metal from a technical lens, the path of least resistance points south. Sustained weakness below $1660 resistance should keep bears in a position of power."

Ipek Ozkardeskaya, senior analyst at Swissquote Bank, said that she is also expecting gold to fall to $1,600 as "The U.S. dollar remains king."