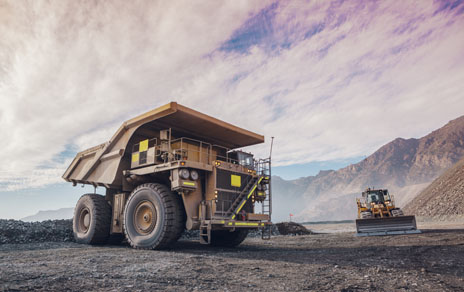 The company said that underground mining will initially focus on an area known as the Lower Commercial Skarn (LCS), which will deliver a total of around 30kt of additional high quality mined copper through the period to 2027 alongside open cut operations.

"The first ore is expected to be produced in early 2023, with full production in the second half of the year. It will be processed through the existing facilities at Kennecott, one of only two operating copper smelters in the United States," Rio Tinto added.

A battery electric haul truck and loader supplied by Sandvik Mining and Rock Solutions are being used to evaluate performance and suitability as part of underground development work.

According to the company's statement, existing underground infrastructure is currently being extended to enable early access to the next underground resource and undertake characterization studies. A feasibility study to inform decisions on the next phase of underground production is expected to be completed in 2023.

Importantly, the company said that Kennecott holds the potential for significant and attractive underground development, adding that feasibility studies are also being progressed to extend open pit mining at Kennecott beyond 2032.

Rio Tinto Copper chief executive Bold Baatar commented, "This investment will allow us to quickly bring additional volumes of high quality copper to the market and build our knowledge and capabilities as we evaluate larger scale underground mining at Kennecott.

"We are progressing a range of options for a significant resource that is yet to be developed at Kennecott, which could extend our supply of copper and other critical materials needed for electric vehicles and renewable power technologies."