A digital euro should be borderless and not used for commercial purposes, ECB's Lagarde says 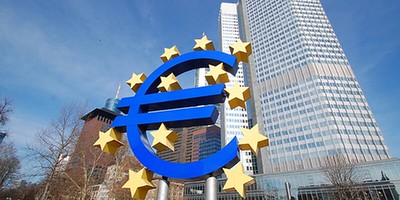 (Kitco News) - European Central Bank (ECB) president Christine Lagarde suggested that a digital euro issued by the central bank “will not be used for commercial purposes” during a speech at the Forum on US-European GeoEconomics being held in Frankfurt on Wednesday.

The ECB provides “the guarantee that those payments will not be exploited for commercial purposes,” Lagarde said in a talk discussing the possibilities of a central bank digital currency (CBDC). “This is not the business of a central bank.”

Referring back to a survey conducted in January 2021 which showed that privacy ranked at the top of the list of features expected from a digital currency by European respondents, Lagarde called the digital euro a banknote “with a little less anonymity,” and promised the that a digital euro would protect citizens.

Privacy protection from a CBDC is something that is also a concern in the U.S., as Fed Chair Powell recently highlighted it as one of the four key features that a digital dollar would need to possess along with being intermediated, identity-verified and interoperable.

Lagarde also suggested that a digital euro should be borderless so that it can facilitate cross-border payments but stressed the need for collaboration between the world’s central banks to ensure that they are all on the same page, regulatory-wise.

“Digital currency is borderless, it shouldn’t be borderline, and it should certainly not cross the line, which is why it should be regulated and properly supervised,” Lagarde advised. “But it can facilitate cross-border payments in a big way, which is why between the United States authorities, the European authorities, and others beyond that, we need to compare notes.”

Addressing concerns that a digital euro could lead to the elimination of physical cash, Lagarde suggested that those concerns were mainly centered around the issue of privacy, and reaffirmed that if the ECB rolls out a CBDC, protecting user information will be a priority.

CFTC Commissioner looks to create an Office of the Retail Advocate

Meanwhile, across the Atlantic, Commodity Futures Trading Commissioner Caroline Pham is making a push for greater authority to oversee crypto markets with the proposal of a new “Office of Retail Advocate’ for the CFTC.

"If there are areas of the financial system that are apparently outside and unregulated, such as a 'shadow' crypto financial system – shadow banking 3.0 – then the appropriate response is to bring them inside," Pham said during a speech given at an event hosted by blockchain project Corda in London on Monday.

Reasons for the need for the new office cited by Pham include “the crypto crash, risk management failures, and substantial retail losses.”

Overall, the CFTC commissioner wants to ensure that the proper consumer protections are in place as cryptocurrencies become more widely adopted, and thinks that the creation of an Office of the Retail Advocate “would further enshrine the CFTC’s current customer protection mandate under Dodd-Frank.”

Currently, the Digital Commodities Consumer Protection Act is making its way through the Senate Agriculture Committee. If the bill is passed and signed into law, it will establish a mandatory regime for crypto exchanges to report to the Commodity Futures Trading Commission.