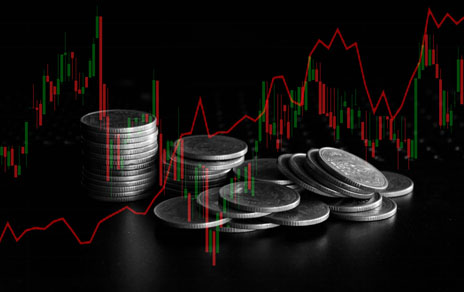 (Kitco News) - The silver market is seeing some new buying momentum with prices testing resistance just below $19 an ounce; however, one research firm expects prices to end the year on a weak note as industrial demand continues to weigh on the precious metal.

In their latest silver outlook, commodity analysts at Capital Economics said that they expect weak industrial demand to push silver prices back to $18 an ounce by the end of the year.

The bearish outlook comes as December silver futures last traded at $18.93 an ounce, up 3.23% on the day. However, so far this year silver prices are down 19.5%.

Specifically, Kieran Tompkins, commodities economist at the U.K. research firm said in the report that weak electronic demand for silver will weigh on prices through the rest of the year.

"We have been confident for some time that the shift in global consumption patterns away from services and towards goods (especially consumer electronics) in the first two years of the pandemic would prove temporary. There are some signs that a shift back is underway, with growth in real spending on goods stagnating and, by contrast, consumption of services recovering," Tompkins wrote.

Silver is used in a variety of electronic equipment as it has the best conductive properties of any other metal.

The analyst added that global electronic manufacturing data showed activity has slowed as demand has plunged lower so far this year. Tompkins added that slower economic growth will weigh on future demand.

"We think many major economies will suffer recessions. The inflation shock and squeeze on real household incomes has already weighed heavily on economic activity. And aggressive monetary policy tightening will also act as a large drag further ahead," he said. "Where we don't forecast recessions, we still think there will be an extended period of below-trend growth. And even when we do expect some economies to mount recoveries next year, we suspect they will generally be tepid."

The U.S. dollar has seen unprecedented momentum, pushing it to a 20-year high against a basket of currencies as the Federal Reserve continues to aggressive raise interest rates. Last week the U.S. central bank signaled that it could raise interest rates as high as 4.6% next year.

"We see little reason to doubt that the fed funds rate will peak at 4.50-4.75% in early next year. As a result, we expect that the 10-year Treasury yield will end this year around its current level. Moreover, we think the US dollar will remain a headwind, as we expect the global economic downturn to contribute to the greenback remaining very strong until mid-2023," Tompkins said.