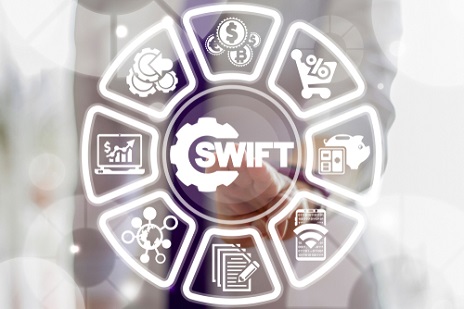 Nazarov announced the new endeavor at its SmartCon 2022 Conference in New York on Sept. 28 in conjunction with SWIFT strategy director Jonathan Ehrenfeld Solé.

By utilizing Chainlink’s cross-chain interoperability protocol (CCIP), the PoC will allow SWIFT messages to instruct token transfers across nearly every blockchain network. This will help to accelerate the adoption of distributed ledger technology (DLT) blockchains across capital markets and traditional finance, Nazarov said.

According to Solé, there is “undeniable interest from institutional investors into digital assets,” and these traditional finance players want to be able to access both digital and traditional assets on one platform.

SWIFT is currently the most widely used platform for conducting traditional cross-border fiat transactions, boasting an interconnected network of over 11,000 banks globally. In August, the system recorded an average of 44.8 million messages per day according to data provided by SWIFT.

The main issue with SWIFT is that transactions can take several days to complete, which is not exactly convenient in an increasingly fast-paced world of global trade and business. To help combat this, the organization recently revealed a new pilot program with Symbiont to explore the integration of blockchain technology to help improve its system.

The firm has also been exploring the use of central bank digital currencies (CBDCs) to facilitate faster payments.

By collaborating with Chainlink, SWIFT member institutions will be able to incorporate the capabilities of blockchain without having to replace, develop or integrate new connections with legacy systems – an undertaking that would require significant modifications a come with an “exceptionally high” cost.

This is not the first collaboration between SWIFT and Chainlink, as the pair had previously worked together to explore bond issuance and redemption, according to Solé.

Following the announcement of the new partnership by Nazarov, the price of LINK spiked 10.7% from $7.71 to an intraday high of $8.53 on Wednesday but has since pulled back, trading at $7.81 at the time of writing.