UK's market chaos, contagion risk: what it all means for gold price 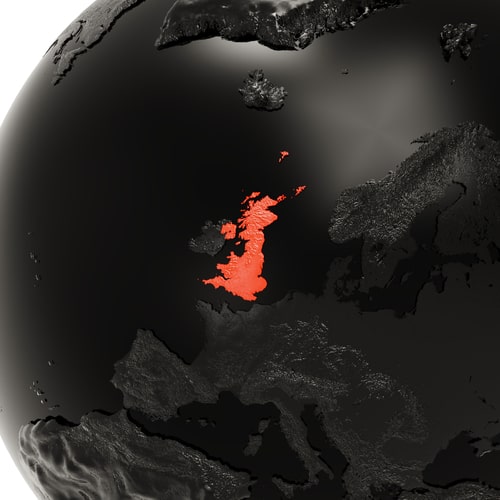 (Kitco News) Intense market volatility in Britain has escalated recession risks and global contagion fears. The gold market has been observing the developments cautiously as prices rise from 2.5-year lows.

The UK saw its market rout continue a day after the Bank of England intervened in the gilt market via an emergency bond-buying program that promised unlimited purchases of long-dated bonds.

On Wednesday, the BOE purchased $1.07 billion of securities maturing in 20 years or more and added that it will be buying up to $5.31 billion a day until October 14. This means that the bailout could rise to around 65 billion pounds ($69 billion) of long-dated gilts.

The move aimed to calm markets after the new Prime Minister Liz Truss's tax-cutting plans triggered massive chaos. With just over three weeks in office, Truss is facing a collapse in the pound, a massive market selloff, a surge in borrowing costs, deep recession risks, and a housing market crash. This week, sterling plunged to record lows against the U.S. dollar.

On Thursday, Truss defended her plan of 45 billion pounds ($50 billion) for unfunded tax cuts. "I'm very clear the government has done the right thing," she said Thursday. "This is the right plan."

A massive tax cut during an inflationary time has led to criticisms from the U.S. and the International Monetary Fund (IMF).

The Biden administration has been reportedly working with the IMF to influence Truss to dial back her policies, citing concern over volatility in the financial markets and spillover effects to the broader economy, Bloomberg reported, citing people familiar with the matter. Earlier in the week, the IMF urged Britain to "re-evaluate" its tax measures.

"Reports suggest that the Biden administration is concerned about the market spillovers stemming from the UK tax plan," said BBH Global Currency Strategy’s head Win Thin. "Markets have calmed somewhat after the Bank of England's emergency bond-buying plan was announced. This is similar in spirit to what the Fed did in summer 2019 … The Fed took pains to say it wasn't QE, but its balance sheet grew anyway. Either way, the symptom (dislocations in the gilt market) may have been addressed, but the underlying malady (irresponsible fiscal policy) continues to fester."

Within the UK, Truss is facing severe criticism as well, with former BOE Governor Mark Carney warning against the tax plan and stating that it is "undercutting" the nation's economic institutions.

"The message of financial markets is that there is a limit to unfunded spending and unfunded tax cuts in this environment. And the price of those is much higher borrowing costs for the government and for mortgage holders and borrowers up and down the country," he said Thursday.

As a result of the situation in the UK, the Bank of England's tightening expectations had elevated. There are now expectations that the BOE could hike by 155 basis points at its November meeting.

"November is a long way off in this market, and there is a lot of murky water to flow under this bridge, and the market is now pricing 155bp for the Nov BoE meeting," said Pepperstone's head of research Chris Weston.

Weston added that such a hike would make the BOE the most aggressive central bank in the G10.

"Only Sweden and Canada have hiked by 100bp in this cycle … Granted, the situation is far more dire than in other countries, and the BoE must counter potential demand driven by tax cuts - but this is a massive rate hike that is expected," he said.

Gold's reaction to the market chaos has been positive so far. The precious metal rallied nearly $50 from 2.5-year lows Wednesday. And Thursday, it was able to hold the $1,650 an ounce level amid a meltdown in the U.S. equities and a small drop in the U.S. dollar index and Treasury yields.

"Gold prices welcomed the BOE's dramatic intervention that avoided an imminent gilts crash and sent global bond yields sharply lower. This was somewhat expected and serves as a reminder that gold will do just fine once the global bond market selloff is truly over," said OANDA senior market analyst Edward Moya. "Global recession fears will likely remain the theme for the rest of the year, and that should limit how far global bond yields end up going. Gold's two-year low might be the bottom, if not, it should be very close to it."

However, BOE's decision does reinforce a mixed "push/pull" environment for gold, with the winning strategy likely trading gold in pounds, according to MKS PAMP head of metals strategy Nicky Shiels.

"The BOE move creates another set of complicating push/pull factors for Gold. As it stands, the BOE has pivoted while the Fed continues QT, so the USD should strengthen even further (in theory). For gold bears, that [is an] 'offset' by lower yields as the global bond market was very over-positioned, led by UK gilts," Shiels said Wednesday. "It's more complicated to play Gold in USD, and should be easier to trade in cross currency basis. The clear winner should be XAUGBP (play Gold in the currencies in which that CB is actively easing)."

Despite BOE's induced relief rally, TD Securities still sees more downside in gold prices. And this is due to markets' higher rate hike expectations from the Federal Reserve.

"Rates markets are pricing the potential for higher interest rates to persist for some time, and a steady stream of Fedspeak is likely to hammer this point home. In this sense, our analysis suggests gold prices could still have further to fall in the next stage of the hiking cycle," said TD Securities commodity strategists Thursday.