Can gold price put an end to its six-month losing streak? Prices are at 'critical juncture' - analysts 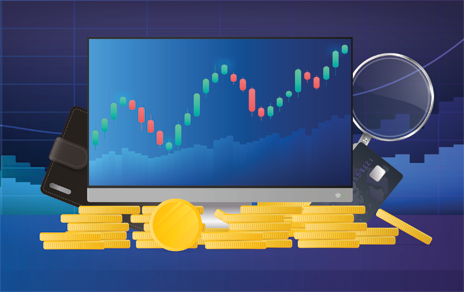 (Kitco News) - What gold does in the next two weeks will be critical for prices going into the year-end, according to analysts. All eyes are on the latest rounds of employment and inflation data as gold shows promising signs amid escalating geopolitical tensions and intensifying market volatility.

Gold saw a key development mid-week as prices rose from 2.5-year lows and headed towards the $1,700 an ounce level. At the time of writing, December Comex futures were trading at $1,673.70, up more than 1% on the week but down for the sixth month in a row.

"On Wednesday, gold had a key reversal. We made a new swing from the lows and ended up with a higher close. We had some follow-through Thursday and Friday. Looking at the gold chart, this is very positive. We go from a short-term trend down to sideways and up now," RJO Futures senior market strategist Frank Cholly told Kitco News.

Before this week, gold technicals were very negative, especially following a drop below $1,680. A steeper decline below $1,600 could have opened the door to a more significant selloff down to $1,290, said DailyFX strategist Michael Boutros.

"The technicals were very gloomy here," Boutros told Kitco News. "If gold prices are able to get above $1,706, we can dispel this downside break."

But the move higher needs to happen within the next two weeks. Otherwise, the downward trend will take over. "What happens in the next two weeks in price is paramount. The extraordinary speed and magnitude of Fed rate hikes put heavy pressure on gold," Boutros noted.

Geopolitical tensions could be one short-term driver that gets gold above $1,700. The latest development saw Russia annex four regions in south-eastern Ukraine, promising to use all means necessary to defend the territory.

"If escalation in Russia does start to mount the concern of real possible nuclear threat," that would be positive for gold, added Boutros.

However, it is essential to remember that any geopolitical gains in gold are likely only temporary, said TD Securities global head of commodity strategy Bart Melek. "Any time there is an increase in geopolitical risk, there is at least a temporary upside," he said.

But considering the monetary policy situation, it will be hard to shift gold's overall bearish trend.

"Ultimately, the U.S. dollar continues to be strong. The outlook hasn't changed. The Fed will continue to raise rates. And we'll have the Bank of England doing pretty aggressive tightening as well," Melek pointed out.

Gold's near-term direction will largely depend on the employment and inflation data released in the first two weeks of October.

"I don't see a breakout in gold until we see the employment and inflation numbers. If CPI or employment is stronger than expected, that is a negative for gold. It suggests that the Fed would be more likely to continue hiking as per its 4.6% outline in the dot plot. High inflation would also mean that market could price in something more aggressive down the road," Melek described.

Market consensus calls estimate the employment report to show the economy adding 250,000 positions in September and the unemployment rate remaining near 50-year lows at 3.7%.

The annual inflation number is expected to come at 8.1% in September after posting 8.3% in August.