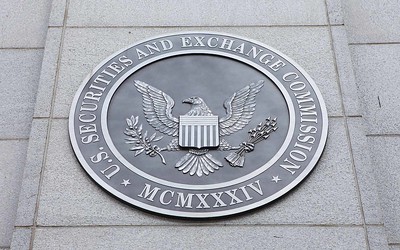 (Kitco News) - Celebrity influencer Kim Kardashian has agreed to pay $1.26 million in penalties for her participation in the promotion of a cryptocurrency project called EthereumMax (EMAX).

According to an announcement from the U.S. Securities and Exchange Commission (SEC), Kardashian was targeted for “touting on social media a crypto asset security offered and sold by EthereumMax without disclosing the payment she received for the promotion.”

The popular socialite reportedly received a $250,000 payment to publish a post that promoted EMAX tokens on her Instagram profile and linked to the project’s website, but never disclosed the payment to authorities.

The SEC determined that Kardashian violated the anti-touting provision of federal securities laws, similar to other cases involving prominent cryptocurrency securities violations involving the SEC in the past.

While she agreed to pay $260,000 in disgorgement and another $1 million in penalties, Kardashian neither admitted nor denied the SEC’s findings. She has also agreed not to promote any cryptocurrency asset until 2025.

SEC chairman Gary Gensler used the opportunity to warn the public about the risks involved with investing in cryptocurrency assets and reminded celebrities and influencers that their activities are being monitored and they are required to disclose any payments related to the promotion of securities.

“This case is a reminder that, when celebrities or influencers endorse investment opportunities, including crypto asset securities, it doesn’t mean that those investment products are right for all investors. We encourage investors to consider an investment’s potential risks and opportunities in light of their own financial goals,” Gensler said in a statement following the announcement of the charges.

“Ms. Kardashian’s case also serves as a reminder to celebrities and others that the law requires them to disclose to the public when and how much they are paid to promote investing in securities,” Gensler added.

The original court filing on the case included a class-action complaint that Kardashian, boxing legend Floyd Mayweather and eight others conspired with company executives to make misleading statements about the token and their control of the majority of tokens. Kardashian’s legal team filed a motion to set aside this class-action complaint in August.