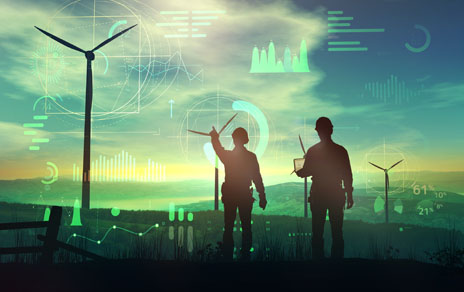 According to a press-release, as part of the agreement, Envusa Energy is launching a mature pipeline of more than 600 MW of wind and solar projects in South Africa – a major first step towards the development of an ecosystem that is expected to generate 3-5 GW of renewable energy by 2030.

“This first phase of Envusa Energy's renewables projects is expected to be fully funded – including by attracting debt financing that is typical for high quality energy infrastructure projects – and ready for construction to begin in 2023," Anglo American said.

Nolitha Fakude, Chair of Anglo American's Management Board in South Africa, stated, "I'm delighted to confirm our ground-breaking partnership with EDF Renewables to form Envusa Energy. This is a significant milestone in Anglo American's global decarbonization journey and another step forwards for South Africa's clean energy future. We are making great strides towards our 2040 target of carbon neutral operations, while contributing to South Africa's just energy transition through our responsible approach."

EDF Renewables is an international leader in renewable energy, with a gross installed capacity of 15.6 GW worldwide. Its development is largely driven by wind (onshore and offshore) and solar photovoltaic power, and more recently battery storage. EDF Renewables operates in majority in Europe and North America but is continuing to grow by moving into promising emerging regions such as Brazil, China, India, South Africa, Australia and the Middle East.