Will this silver and gold price rally last? Here's what analysts are saying 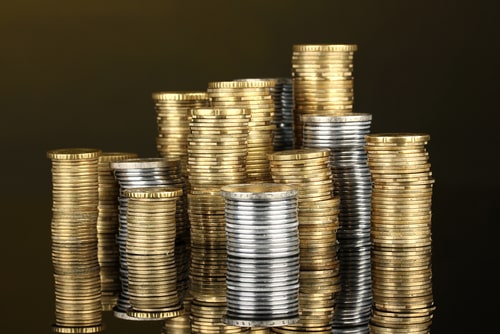 (Kitco News) In a surprise u-turn this week, silver and gold are trading at 3-month and 3-week highs, respectively. But is this a sustainable rally or just a short squeeze?

"There have been vicious reversals in precious metals, with Gold +5%, Silver +14%, Platinum +9% and Palladium +11% the past five days," said MKS PAMP metals strategist Nicky Shiels. "Gold has essentially erased 1/4 of the downtrend channel worth $460 (from March '22 peak to its September tough), which started from its invasion/war peak price at $2,070/oz; silver has clawed back 2/5th (in 3 days!) of the same downtrend channel."

The United Nations also spoke up this week, urging the Federal Reserve and other central banks to ease up on rate hikes, warning that tighter monetary policies are pushing the global economy into a recession.

"There's still time to step back from the edge of recession," UNCTAD Secretary-General Rebeca Grynspan said. "But the current course of action is hurting the most vulnerable, especially in developing countries and risks tipping the world into a global recession."

This is an important technical turnaround for gold after six straight months of losses.

"Market speculation around the Fed adopting a less aggressive approach on rate hikes has also sweetened appetite for zero-yielding gold," said FXTM's senior research analyst Lukman Otunuga. "Looking at the technical picture, the breakout above $1,700 may open the doors towards $1,724 and $1,760, respectively. Should prices dip back under $1,700, the next key levels of support can be found at $1,680 and $1,655."

Also helping the precious metals was the reversal of U.K. governments tax plan and fears around Credit Suisse, noted Shiels.

"What is perhaps overlooked is that this massive reversal in risk assets, precious metals & bonds, all started when risk sentiment was max bearish when the BOE intervened to cap rates (last week). There is a growing acceptance that the BOE is not going to be the last central bank to cap rates, and eventually, the U.S. will follow suit," she wrote Tuesday.

However, some analysts are warning the price rally in precious metals is a temporary one - just a short squeeze after a build-up of short positions.

"We see gold losing steam and again drifting toward our target of $1,580/oz over the coming months, as the Fed continues to stick to its hawkish plan to move the Fed Funds above the 4.5% mark," said TD Securities head of commodity strategy Bart Melek. "As such, rates on the short end of the curve will very likely keep rising from current levels and should stay there for the balance of 2023 ... Real rates, which are the key drivers of gold, will also rise even faster. This will increase the carry costs and opportunity cost relative to risk-free Treasuries."

The short-term direction will mostly depend on the employment report out of the U.S. this Friday. A higher-than-expected number of jobs added in September would trigger a more hawkish re-pricing of rate hike expectations and would weigh on gold.

"The U.S. domestic story remains rather solid, leaving the Fed tightening prospects alive even if markets have recently revised the expected terminal rate to sub 4.50% levels. We see Friday's payrolls report as a potential trigger for a fresh hawkish re-pricing, and a positive event for the dollar," said ING FX strategists Tuesday.

On the other hand, if the jobs report is weaker-than-expected, rate hike expectations would drop and favor higher precious metals prices.

"It is too early to say a Fed pivot is justified, but if we continue to see a couple sharp drops with job openings, that will wake up the doves in the FOMC," said OANDA senior market analyst Edward Moya. "Gold's bottom is in place now that the U.S. is showing clear signs the labor market is softening. The key for gold will be the nonfarm payroll report. As long as we don't see an extraordinary strong print, gold should remain supported here and poised to test the $1,750 region."