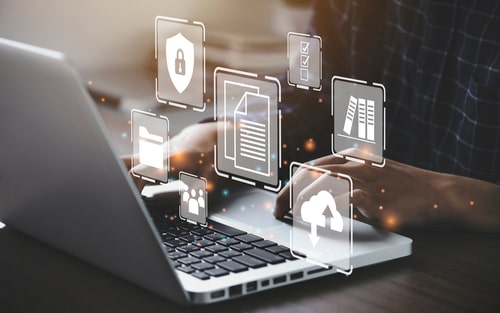 (Kitco News) Gold dropped as momentum in the service sector was slightly better than expected in September, according to the latest data from the Institute of Supply Management (ISM).

The Services Purchasing Managers Index (PMI) was at a reading of 56.7% last month, down from August’s 56.9%. The 0.2 percentage-point decline was a surprise to the upside as market consensus calls were expecting the index to come in at 56.0%.

Looking at the specifics, the new orders sub-index was at 60.6%, following August’s reading of 61.8%. The business activity sub-index was at 59.1% compared to the 60.9% registered in the previous month. The employment rose to 53% after August’s 50.2% reading. Economists keep a close eye on the latter number as a gauge of the employment situation in the country.

Meanwhile, inflation pressures dropped for the fifth consecutive month in September, with the price index declining to 68.7% from the previous month’s 71.5%.

“Growth continues — at a slightly slower rate — for the services sector, which has expanded for all but two of the last 152 months. The services sector had a slight pullback in growth for the month of September due to decreases in business activity and new orders,” the report said.

Gold dropped immediately after the data was released but managed to pare back some losses since then. December Comex gold futures were last trading at $1,713.20, down 1% on the day.

Analysts are unsure how to process the advance in the service employment situation in September.

“While the sub-index for business activity retreated but remained in expansionary territory, an advance in the employment sub-index to 53.0 from 50.2 mostly offset the weakness in other components. While that suggests that a wider range of firms were hiring in September, that doesn't provide any information on the magnitude of job gains, and that improvement is in contrast to the drop seen in job openings at the end of August,” noted Katherine Judge, senior economist at CIBC.