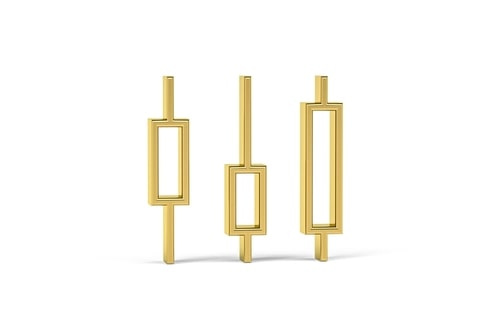 (Kitco News) Gold is building a foundation similar to the one established in 1999, and once that price base is established, the gold rally will resume, according to Bloomberg Intelligence.

The price bottom established in 1999 at around $250 was so solid that gold never returned below it again. And Bloomberg Intelligence's senior commodity strategist Mike McGlone sees a similar pattern developing in 2022. McGlone pointed to gold in U.S. dollars vs. gold in euros and Japanese yen as something to keep a close eye on.

"The disparity in dollar-denominated gold vs. euro-based is nearing levels that formed a lasting foundation for the metals price in 1999. Down about 10% in 2022 to Sept. 28, dollar gold compares with respective gains of 5% and 10% for the euro and yen," McGlone said. "Aggressive Fed tightening to address inflation and elevated asset prices -- which is buoying the greenback, as the rest of the world tries to catch up -- echoes trends about two decades ago. Underpinnings are firming for the price of gold to resume the rally that started with that base."

Global GDP is dropping dramatically after central banks synchronized their rate hikes in the global battle against inflation. But eventually, there will be a reversal.

"Rising gold on a non-dollar basis is showing the kind of stress that may break the Federal Reserve's rate-hike trajectory," McGlone noted in his October metals outlook. "The relative discount in the dollar vs. euro gold spread is showing currency distress and suggests a potential catalyst for a gold bottom -- an easing of Fed rate-hike expectations."

And as soon as there is a sign that the Fed is ready to ease, it would be an ideal time for gold to return to its rally mode.

"Aggressive Federal Reserve tightening is a leading headwind for the price of gold in 2022, and if past trends are a roadmap, this too shall pass. The key question may be when," McGlone added. "It makes sense that the dollar price of gold is down about 10% in 2022, with the trade-weighted broad dollar index up about the same, but most scenarios may favor a resumption of enduring appreciation for the metal."

One of the top triggers that could force a reversal or a pause in the Fed's tightening is a continued decline in the U.S. stock market. "We expect the Fed and central banks will succeed in alleviating inflation, and see risks tilting toward an elongated deflationary period, which can favor gold," McGlone explained.

Meanwhile, base metals are looking at a lose-lose scenario, with prices expected to drop even further, Bloomberg Intelligence's report pointed out.

"A drop of about 12% on a 12-month basis for the Bloomberg Industrial Metals Index may be insufficient, particularly if plunging global money supply is a guide," McGlone said. "Industrial metals bottomed with about a 60% annual drawdown during the financial crisis, which was more US-centric. Commodities are global and the greatest number of central banks in history raising rates, and liquidity dropping at a greater velocity vs. 2009, may portend a similar outcome for copper and base metals."