Gold price gets another downgrade as Fed has another 175bps to hike, says Commerzbank 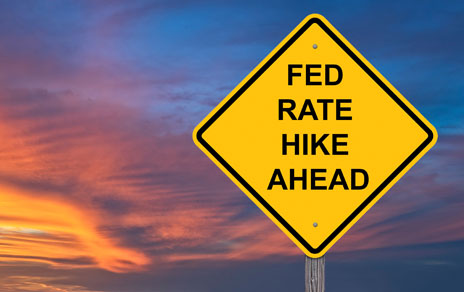 (Kitco News) - Despite an impressive start to October, banks continue to downgrade their year-end gold price forecasts, with Commerzbank now slashing its estimate by another $100 due to rising Fed rate hike expectations.

The main reason for this lack of optimism is the projection for an even more aggressive Federal Reserve, which will keep the U.S. dollar elevated and gold under heavy pressure.

Commerzbank sees the Fed hiking another 175 basis points in its tightening cycles before pausing.

"Our economists expect the Fed Funds Rate to climb to 5% by the spring of 2023, i.e. by another 175 basis points from its current level," said Commerzbank analyst Carsten Fritsch. "The U.S. dollar is therefore likely to remain strong for quite some time yet. Our currency strategists believe that the EUR-USD exchange rate will remain significantly below parity in the coming months, only regaining it in the second quarter of 2023."

For gold, this means that the rest of 2022 is unlikely to open the door for significant gains.

"The headwind facing gold will thus persist for some considerable time. We are therefore downwardly revising our gold price forecast for the end of this year to $1,700 per troy ounce (previously $1,800)," Fritsch said.

For next year, the expectations are also lower. "Noticeably higher interest rate forecast and lower prediction for the EUR-USD exchange rate also translate into a lower path for the gold price next year. We expect gold to climb to $1,800 per troy ounce by the end of 2023 (previously $1,900)," he added.

The bank's downgrade comes when many banks are also cutting their forecasts, citing a hawkish Fed, a strong greenback, and higher yields.

Gold surprised analysts with its sixth straight month of losses from April to September as demand for precious metals declined despite inflationary pressures and geopolitical risks.

"The past month and the quarter that has just come to an end proved extremely difficult for gold. The month of September concluded with losses of 3% for gold – this was already its sixth monthly fall in a row. The last time it suffered such a losing streak was four years ago," Fritsch described. "Gold chalked up losses of 8% in the third quarter, its biggest since the first quarter of 2021. At $1,615 per troy ounce, the gold price posted a 2½-year low at the end of September."

However, Commerzbank does not see this rally lasting too long, considering its outlook for the Fed and the greenback.

"The massive appreciation of the U.S. dollar, which on a trade-weighted basis soared to its highest level in more than 20 years and pushed the euro well below parity for the first time in two decades, has weighed heavily on gold," Fritsch said. "Furthermore, bond yields rose sharply, thereby increasing the opportunity costs of holding gold, which does not yield any interest. For the first time in 12½ years, yields on ten-year U.S. Treasuries climbed to 4% at the end of September."

After the Fed raised rates by 75bps in September for the third time in a row, markets expect the same rate increase in November.

However, gold will begin to climb once the Fed is done hiking. "The fact that the U.S. dollar should ease during the course of next year points to a higher gold price again. This is because the Fed is unlikely to raise its interest rates any further after the first quarter of 2023, and should lower them again for the first time at the end of the coming year," Fritsch pointed out.