Can gold price hold $1,700 as Wall Street sees short squeeze running out of steam next week 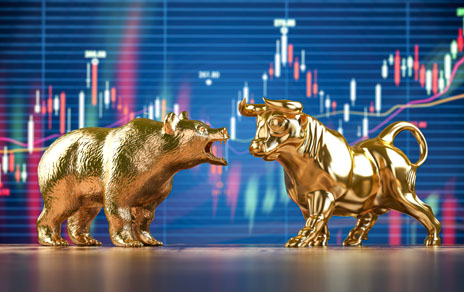 (Kitco News) - Gold's short-squeeze rally could have run its course as sentiment on Wall Street turns bearish with healthy U.S. labor market data solidifying market expectations that the Federal Reserve will continue to aggressively raise interest rates through the rest of the year and into 2023.

While Wall Street has flipped to the bearish side, the Kitco News Weekly Gold Survey shows that retail investors remain bullish on the precious metal, with sentiment improving from last week.

While retail demand for gold remains healthy, many analysts have said that the precious metal continues to face strong headwinds from the U.S. dollar, which has bounced off its recent lows and is ending the week near a 20-year high.

"Gold had a nice pop in the last few days, but with the U.S. Dollar gathering steam again and the latest round of dovish pivot hopes for North American central banks getting squashed by today's employment report, we may see USD resume its uptrend," said Colin Cieszynski chief market strategist at SIA Wealth Management.

Markets see a more than 81% chance that the Federal Reserve will raise interest rates by 75 basis points next month. Rate hike expectations firmed after the U.S. Bureau of Labor Statistics said 263,000 jobs were created in September. Economists were expecting to see job gains of around 250,000.

Nicholas Frappell, global general manager at ABC Bullion, said he is also bearish on gold in the near term as the recent rally has not attracted new bullish momentum.

"[From Sept. 27 to Oct. 5], CME Total Open interest declined by about 2.40 million Tozs which, in light of recent price action, suggesting a rally driven more by short-covering than fresh longs," he said. "On balance, I think the pathway for Fed tightening is still robust."

Although gold could see some short-term selling pressure, some analysts expect the precious metal to be well supported. Adrian Day, president of Adrian Day Asset Management, said he is looking past gold's near-term weakness.

"The economy is turning negative and global economies are being hurt by the strong dollar. At some point, something will break and the dollar fall or the Fed will pause (or both), and gold will recover," he said.

Phillip Streible, chief market strategist at Blue Line Futures, said he is bearish on gold next week but added that the long-term rally is far from over. He noted that safe-haven demand should continue to provide a floor for prices.

"Gold investors have to be patient and focus on the long-term potential. Once the Fed is done raising rates, gold will be the best trade," he said. "But we just have to wait for the Fed to pivot and it might take longer than some expect."

Although there is significant bearish sentiment in the marketplace, some analysts see further potential for gold in the near term.

Matthew Simpson, senior Market Analyst at City Index, noted a rise in call options in December gold futures as a bullish signal as prices close the week above $1,700 an ounce. He added that the market remains oversold even with the gold's rally this past week.

Trade data at the start of the week shows bearish bets in gold at their highest level in four years. Some analysts have said it will take more time for those exposed shorts to unwind.

Some analysts have said that gold's direction will depend on next week's Consumer Price Index. If the report shows a significant drop in inflation, then it might prompt markets to reduce their expectations for another extremely hawkish Fed rate hike next month, which would be positive for gold, analysts have said.