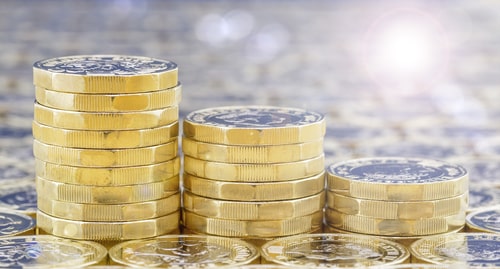 (Kitco News) The Royal Mint saw record profits during its latest financial year, which ended on March 31, as investors diversified their portfolios with precious metals.

The UK's oldest company and the official maker of UK coins reported sales of more than £1.2 billion ($1.33 billion) during the fiscal year, with pre-tax profits of £18 million ($20.4 million).

This was a £6 million ($6.8 million) increase in profits from last year, marking the largest sum since becoming a limited company in 2010.

Revenue in the U.S. increased by 62% "as the sale of precious metals and commemorative coins grew," according to the press release published Thursday.

Sales also surged in the UK and Europe, with the consumer facing division seeing the strongest demand for historical coins and precious metal investment products.

"It is the second consecutive year that The Royal Mint's profit has been driven entirely by its consumer facing divisions as the use of circulating coin declines – helping to safeguard the business and employment for the future," the Mint said.

"The milestone result marks the end of a three year business transformation strategy led by Chief Executive Anne Jessopp. It has seen the UK's oldest manufacturer successfully evolve into a consumer brand, expanding into precious metals investment products, the sale of historic coins, jewellery and luxury collectibles," the Mint said.

The state-owned company is also in charge of minting the country's coins since the reign of King Alfred the Great, which was more than 1,100 years ago. Now, it also sells precious metals, historic coins, jewelry, and luxury collectible items.

During the last fiscal year, the Mint made 339 million coins for the UK and another 1.5 billion coins and blanks for 22 other countries.

The Royal Mint also has plans to open a new factory in 2023 that will focus on recovering precious metals from old mobile phones and laptops.

"We are building from a stronger financial base than ever – with a portfolio of established businesses alongside promising new ventures. We have unveiled a new five-year plan which will see us pioneer new ways to provide sustainable precious metals, champion British craftsmanship and grow the appeal and value of The Royal Mint for future generations," said The Royal Mint's Chairman Graham Love.

Following the death of Queen Elizabeth in September, the Mint has announced it is making coins bearing the effigy of King Charles III.

"The first coins bearing the effigy of His Majesty King Charles III will enter circulation in line with demand from banks and post offices. This means the coinage of King Charles III and Queen Elizabeth II will co-circulate in the UK for many years to come," said The Royal Mint's Chief Executive Officer Anne Jessopp.

In the meantime, all UK coins bearing the effigy of Her Late Majesty Queen Elizabeth II will remain legal tender and in active circulation. "This ensures a smooth transition, with minimal environmental impact and cost," the Mint added.

The first coins to bear The King's portrait will be a special £5 Crown and 50 pence, which will also commemorate the life and legacy of Her Late Majesty Queen Elizabeth II. The new 50-pence coin will begin circulation in the coming months.