Gov't bonds aren't the safe haven they once were - BlackRock 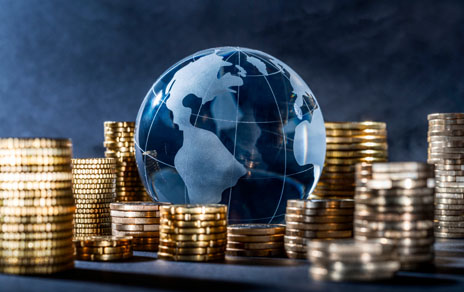 (Kitco News) - Persistently high inflation as the global economy teeters on the brink of a recession means there are fewer places for investors to take cover, with the world's biggest asset manager saying they are underweight government bonds.

In their weekly market outlook, asset managers at BlackRock said they don't expect government bonds, a traditional safe-haven asset for investors, will provide much protection when the recession hits. They noted that bonds as a safe-haven play are "obsolete" as they expect yields to continue to rise.

"First, central banks are hiking rates to try to tame inflation, causing recessions. Second, we don't see them cutting rates like they typically do in recessions due to persistent inflation. Third, we expect investors to demand more compensation for the risk of holding government bonds amid high debt loads," the strategists said in the report.

"In this supply-driven recession, high inflation and rising rates may break the fragile equilibrium where investors tolerated surging debt loads and forwent a higher term premium, or compensation for the risk of holding long-term bonds," they added.

The strategists noted that the recent turmoil in U.K. bond markets is an example of how investors and "bond vigilantes" are pushing gilt yields higher as the government's massive spending proposal, followed by an abrupt U-turn, has damaged the nation's fiscal credibility.

Blackrock said that in this new market regime, central banks face a more challenging dilemma between growth and inflation. The strategists added that the cost of bringing down inflation is triggering a recession.

"Central banks will eventually halt rate hikes. But they won't have done enough to get inflation all the way back down to target, implying they won't be able to start easing policy, in our view. Higher policy rates and inflation create a ripe environment for investors to demand higher term premia for long-term bonds," the analysts said.

Along with their negative outlook on bonds, BlackRock said that the current environment is also bad news for risk assets. The strategists said that capital appreciation in bonds has been the most positively correlated to stocks in the last two decades. They added that they expect this correlation to remain for the foreseeable future.

With few safe-haven options in the marketplace, BlackRock said that they like inflation-protected bonds and high-quality credit.

The negative outlook on government bonds comes as some analysts have said this is the worst year for the traditional 60/40 portfolio in a century, as both stocks and bonds have seen significant losses.

While looking at safe-haven assets, BlackRock ignored what many market analysts see as an obvious choice: gold.

The asset management firm did not comment on gold; however, many analysts have said that the precious metal's safe-haven appeal is one of the reasons it has been one of the best-performing assets this year.

In a chart, BlackRock did note that gold is the third-best-performing asset, behind crude oil prices and the U.S. dollar.

In a report last month, the World Gold Council noted that a global recession would be a supporting factor for gold prices.

"Exploratory analysis shows that gold has proven to be one of the best-performing assets during U.S. recessions, especially when they have coincided with high inflation," the analysts said in the report.