Was El Salvador's decision to make Bitcoin legal tender a failure? Most citizens think so - poll 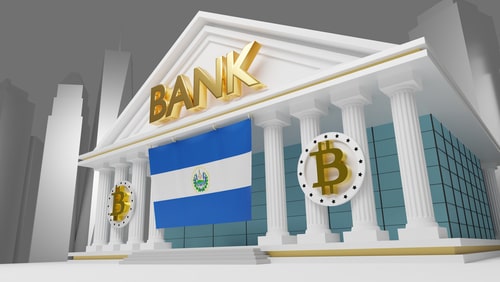 (Kitco News) El Salvador's President Nayib Bukele received high global praise from the crypto community for making his country the first to adopt Bitcoin as legal tender. But just over a year later, most Salvadorans view the move as a "failure," according to the latest poll.

The survey, conducted by the University of Central America (UCA), revealed that 75.6% of those polled never used cryptocurrency this year, and 77% consider crypto adoption "to have been a failure," AFP reported citing the survey.

El Salvador made Bitcoin legal tender alongside the U.S. dollar at the beginning of October 2021, allowing the use of cryptocurrency in any transaction, from buying a cup of coffee to purchasing property and paying your taxes.

The adoption of Bitcoin "is the government's most unpopular measure, the most criticized and the most frowned upon," UCA rector Andreu Oliva said when discussing poll results.

Bitcoin is 72% down from its record high of $69,000, posted 11 months ago. The whole digital assets space is in the midst of a crypto winter, with analysts debating what catalyst will help the world's largest cryptocurrency break free from the tight ranges it has been stuck in this fall.

"Bitcoin remains tightly wound up after holding up above its long-term support zone (~$18.3K-$ 19.5K) last week," said Fairlead Strategies founder and managing partner Katie Stockton. "We remain intermediate-term bearish, with price below the declining daily cloud. There is still elevated risk of a breakdown, with bitcoin below the 50-day MA [near $19.7k], which would increase risk to secondary support near ~$13.9K. Long-term momentum remains strongly negative despite oversold conditions. We do not yet have evidence of a long-term low for bitcoin."

One of Bukele's main arguments for adopting Bitcoin was for the public to save money on bank charges when receiving or transferring money from overseas, especially from/to the U.S. Remittances were said to account for more than a quarter of El Salvador's GDP.

However, the adoption does not seem very successful, given the poll's data. Also, the Salvadoran Central Bank said in September that Bitcoin still made up only "less than two percent" of all remittances from emigrants.

Bukele used the massive selloff over the summer to buy more Bitcoin, last acquiring an additional 80 Bitcoin in July with public money. El Salvador's total Bitcoin reserves are at 2,381 units. The president is down more than $61 million on his crypto investment.

The public also looked down upon this move, with 77% of those polled saying that they don't want their president to keep spending "public money to buy Bitcoin."

Last week, the International Monetary Fund (IMF) said in a report that El Salvador's economy will expand by only 1.7% in 2023, which will feel like a recession.

But despite the unpopular Bitcoin decision and a gloomy economic outlook, Bukele remains a popular president, with the highest approval ratings in Latin America, according to a CID Gallup poll published last week.