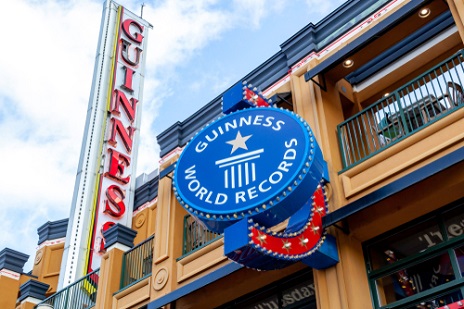 (Kitco News) - The world of cryptocurrencies has now been recognized by Guinness World Records (GWR), which added Bitcoin to its new “Cryptomania” category, recognizing the top crypto as the first decentralized currency.

GWR has been cataloging record-breaking feats and achievements since 1955, and 2022 marked the first time that developments in the crypto sector have made their way into the record books. Their induction follows several years of a more prominent public profile for the crypto industry, which saw new record high prices in 2021.

Along with being recognized as the first decentralized currency, Bitcoin was also acknowledged as the most valuable cryptocurrency due to its market cap of $816.69 billion, which was recorded on March 24, 2022.

“Bitcoin was developed as a solution to the challenge of regulating a digital currency without any centralized organization, or ‘trusted third party’, to oversee transactions,” its description page reads, noting that previous attempts to create such a currency “still required a trusted third party (acting like a bank) to make sure that people didn't ‘double spend’.

GWR acknowledged Satoshi Nakamoto as the pseudonymous creator of Bitcoin and traced the digital currency’s origins to the “Cypherpunks” online community, a collective that brought together cryptography enthusiasts, libertarians and software developers, including Satoshi Nakamoto.

“A working implementation of the concept was completed by 3 January 2009, when Nakamoto mined the first block on the blockchain, and the open-source client was released to the public on 9 January 2009.”

The nonfungible token (NFT) project CryptoPunks was also acknowledged by GWR for being the most  “expensive NFT collectible” after CryptoPunk #5822 was purchased for $23.7 million, or 8,000 Ether on Feb. 12 this year by entrepreneur Deepak Thapliya.

Fan tokens also debuted as a category in the book, with Manchester City’s token recorded as the  “most valuable fan token” with a market cap of $47.1 million as of March 24, 2022.

El Salvador was also recognized for being the “first country to adopt Bitcoin as legal tender” in June last year.

This latest development marks an increasing trend of public acknowledgment of advancements in the cryptocurrency sector.

Last week, the top global crypto exchange Binance announced that it had broken a Guinness World Record after it was recognized for conducting the largest crypto lesson to date, with 289 people in attendance at Blockchain Land Nuevo León on Oct. 7.

And in early September, Merriam-Webster dictionary added the words “altcoin” and “metaverse” to its reference pages. “Bitcoin” was previously added in 2016, while “cryptocurrency,” “initial coin offering” and “blockchain” we included in 2018.