Egypt to move away from U.S. dollar fixation with its new currency indicator that includes gold 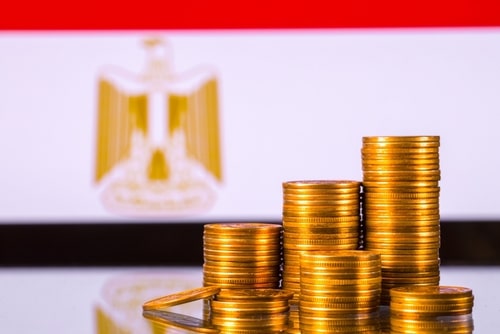 (Kitco News) Egypt wants to be free of the idea that the Egyptian pound should be pegged to the U.S. dollar, according to the new central bank governor. And the central bank is already working on a new currency indicator that will include a set of other currencies and gold.

"We will make an index for the Egyptian pound through a group of other currencies in addition to gold in order to change the culture that we are linked to the dollar," Hassan Abdalla, the central bank's acting governor, said Sunday at an economic conference in Cairo.

On top of that, the central bank also wants to employ currency hedging. And it is already in the process of re-designing its currency trading system and has finished its futures contracts.

It all comes back to the idea that Egypt wants to move away from the image of its currency being pegged to the U.S. dollar.

This comes after years of keeping its currency value stable around the dollar — a process that is costly to the economy and requires interest rates to remain elevated.

Abdalla was appointed acting central bank governor in August after the previous head of the central bank resigned.

The Egyptian pound has been under heavy pressure this year, with inflation concerns increasing risks of currency depreciation. Egypt's annual consumer prices accelerated to 15% in September — the fastest pace in almost four years.

Stubbornly high inflation is a big problem for the economy and the pound following already existing shocks after Russia's invasion of Ukraine hiked all commodity costs.

Egypt is now in the final stages of negotiating a new loan from the International Monetary Fund, which would prefer a more flexible exchange rate.

However, the problem for local officials is overcoming the ingrained idea that the Egyptian pound's health is tied to its value against the U.S. dollar, which also acts as a larger gauge of the economy's health.

"We have the impression, as Egyptians, that the currency price is linked to the strength of the economy," Egypt's Prime Minister Mostafa Madbouly said at the same conference.

Madbouly also suggested that a weaker currency could be more beneficial to the economy's health, adding that "sometimes countries plan" these things to boost exports and increase investments.