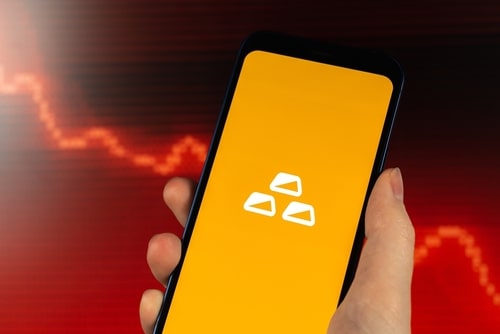 (Kitco News) Gold price is feeling the pain of seven months of consecutive losses — the longest string of declines in more than five decades. And this at a time when the Federal Reserve is about to announce its fourth consecutive 75-basis-point hike.

Spot gold is looking to wrap up October down 1.4% on the month, its seventh monthly decline in a row — something not seen since 1968. Year-to-date, gold is down around 10%. Since the end of March, gold has dropped more than 15%.

After peaking above $2,000 an ounce in March following Russia's invasion of Ukraine, gold has struggled to maintain any new gains. It has primarily traded in a downtrend, with a strong U.S. dollar and higher Treasury yields weighing on the precious metal.

While many continue to debate a Fed pivot or at least a possibility of a slowdown in the next few months, the U.S. central bank is still on track for another oversized rate hike this Wednesday.

The latest note from Goldman Sachs sees the Fed raising interest rates to 5%, which is higher than the bank's previous estimate. At the last meeting, the Fed's forecasts showed rates climbing 4.4% this year and 4.6% next year.

After this week's meeting, the Fed would have raised rates by 375 basis points this year, taking the federal funds rate to 3.75%-4%.

Goldman estimates rate increases of 75 bps this week, 50 bps in December, and 25 bps in February and March. It also added that "uncomfortably high" inflation, the need for slower economic growth, and worries of premature easing are the main reasons the Fed could keep tightening policy beyond February.

In the meantime, as the Fed continues to slow down the economy, the risk of a recession is rising. Recession in the U.S. and Europe is very likely, JPMorgan Chase CEO Jamie Dimon and Goldman Sachs CEO David Solomon said last week.

"We will likely have a recession in the U.S. [and] going to have, I think, most likely a recession in Europe," Solomon said during a panel discussion at the Future Investment Initiative conference in Riyadh. "There is no question that economic conditions, in my opinion, are going to tighten meaningfully from here."

With the Fed's announcement in just under 48 hours, the main question is whether the central bank will be slowing down after the November meeting. A shift to a slower rate hike pace would be positive for gold, which is why some analysts are getting more bullish on the precious metal.

"The Fed is going to back away from raising so aggressively. There could be talk of a step down at the next meeting," RJO Futures senior commodities broker Daniel Pavilonis told Kitco News. "Gold hasn't faired too well priced in dollars. If we see the dollar come off, gold can do very well."

Since the Fed has been very swift with its rate hikes, it could be ready to "let the pieces fall and see where they land," Pavilonis added.

However, many analysts remain cautious, noting that markets overestimate a Fed pivot. "[The] press conference will be closely watched, but we expect Chair Powell to maintain the hawkish tone that has been consistently held since Jackson Hole in late August. We do not think he will give the markets what they are looking for, which is some hint of a pivot. After the decision, Fed officials will go forth to spread the message," said BBH Global Currency Strategy head Win Thin.

The bar for a Fed pivot is quite high, added ING's global head of markets Chris Turner. "We feel it is too early to call time on the dollar's rally. After all, the market, in effect, already prices the pivot (pricing a 75bp hike this week and a 50bp hike in December) and we suspect the chances of another 75bp hike in December are under-priced."

This year, persistently high inflation mixed in with continued dollar strength led to strong gold ETF outflows. This was somewhat balanced out by robust demand in the physical market, according to Suki Cooper, executive director of precious metals research at Standard Chartered.