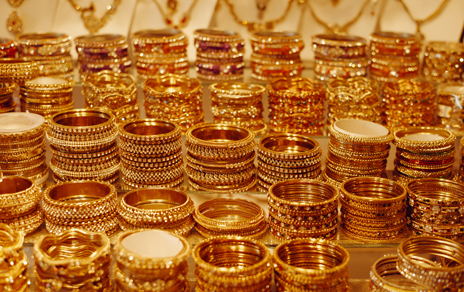 (Kitco News) - Solid gold and silver demand during India's Dhanteras and Diwali is putting new pressure on the nation's economy and prompting the government to put renewed focus on its Gold Monetization Scheme.

Among some economists, there are growing expectations that gold and silver imports into India have pushed the country's trade deficit to record highs above $30 billion set in July. Last month the trade deficit came in at $22.47 billion, according to government records.

The bleak expectations come as the nation saw record demand for gold and silver bullion last week during five days of celebrations. According to anecdotal reports, some bullion shops saw sales during Diwali increase between 15% and 20% as consumers took advantage of lower gold prices.

Commodity analysts at Heraeus noted that India's festival and wedding season means that the fourth quarter sees the most robust gold demand in India. The analysts also said that adding to robust demand this year is an increase in income following a strong monsoon season; however, The European precious metals firm added that despite solid sales, demand is unlikely to surpass the record hit last year.

"In Q4'21, quarterly gold demand in India soared to a record 344 tonnes (source: World Gold Council) owing to festive season-driven buying and pent-up demand from the previous year when lockdowns postponed events. This was 44% higher than the average level of Q4 demand," the analysts said. "Despite a wave of infections earlier this year, demand has not been as badly impacted, meaning the boost will be less pronounced this year. Annual demand in India could therefore be slightly lower year-on-year."

While gold demand is expected to remain below last year's records, silver is an entirely different story. Silver imports into India are expected to surpass 10,000 tonnes this year, hitting record highs and more than doubling average annual imports.

According to some economists, the question now faced by the Modi government is how to convince consumers to deposit their gold with the government to participate in the monetization Scheme.

Under the government plan, citizens can deposit their gold in banks for a specific period of time and earn interest on their gold. At the end of the term, consumers can get the equivalent amount they earned in gold or cash. The gold is melted down and recycled back into the economy. The plan is to increase the nation's domestic supply of gold, reducing imports and, in turn, reducing the massive trade deficit.

The program was initially launched in 2015 and support has been underwhelming in the last seven years. Only about 25 tonnes of gold have flowed in the program, compared to the 25,000 tonnes the WGC estimates are being held in private households and religious organizations and temples.

According to some analysts, one main reason consumers are reluctant to use the scheme is because their gold has sentimental value and are family heirlooms, which they don't want to be destroyed.

During Diwali, gold jewelry is often bought as a gift because it symbolizes wealth and prosperity.