Gold price surges $50, should investors be selling into the rally? 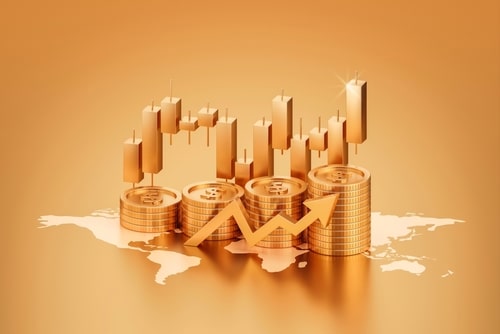 (Kitco News) Gold prices surged nearly $50 on Friday as the latest U.S. jobs report clarified some of the Federal Reserve's mixed messages, and China signaled a possible easing of its Covid-Zero policy. But caution is still advised as all previous quick rallies have been used as selling opportunities.

Gold has had a spectacular start to November after reporting the longest streak of monthly losses in more than five decades.

The news-filled week led to confusion in the marketplace after the Fed raised rates by 75 basis points for the fourth time in a row.

On the dovish end of things, Powell said that the U.S. central bank is now paying close attention to "the cumulative tightening" and potential "lags" with which monetary policy affects inflation and economic activity.

But on the hawkish side, the Fed chair stressed that the "ultimate level" of rates will need to be higher than previously expected and added that the window for a soft landing has "narrowed."

Things looked up for gold on Friday morning when the October U.S. jobs report showed the unemployment rate rising to 3.7% despite the higher-than-expected job gains.

"This report shows that the labor market is cooling, and that is good news. Gold is surging as the dollar is having its worst day since March 2020," OANDA senior market analyst Edward Moya told Kitco News. "The market now believes that the Fed has got a good handle on things and could go at a slower pace."

But a slowdown in the pace of rate hikes does not mean that the Fed won't go higher. "Markets are starting to price in the Fed going to 5.25%, and 2-year yield is nowhere near that," Moya said.

Following the news, the 2-year Treasury yield rose more than 50 basis points and pushed above the 10-year yield — a key recession gauge that is now sitting near 40-year highs.

"The market is thinking that the economy is slowing down, and that is reflected in the yield curve here, with the 2-year and the 10-year," TD Securities global head of commodity markets strategy Bart Melek told Kitco News.

But that is not even the whole picture. Market expectations of China easing up on its Covid-Zero policy also pushed gold higher. "We are getting speculation that China will lift those Covid-Zero restrictions or at least ease up on them, which is rallying the entire market," Melek said.

Views on the rally

Despite the stellar performance on Friday, many analysts don't believe this rally will last, as the longer-term trend for gold has been bearish.

"This is most likely a short squeeze type of rally that should be sold here," Melek said. "It's too early for gold to move up. The Fed is not finished yet."

TD Securities is projecting for gold to fall below $1,600 in the next few months as it sees the federal funds rate peaking at 5.5% instead of the previous projections of below 5%. "As the economy slows, you will start seeing real rates jump. And central banks won't be buying as much gold as they did this last quarter. The cost of carrying will be expensive," Melek added.

Every time gold has rallied recently, selling came into the market, Phoenix Futures and Options president Kevin Grady told Kitco News. "We saw a lot of people getting out of gold earlier, and this is a short-covering rally. Gold is still going to have a tough time," he said.

All eyes are now on gold's "pivotal level," which is at around $1,685 an ounce. "This is the high end of the range we've been stuck in," said RJO Futures senior market strategist Frank Cholly. "We'll probably see a rejection of this rally."

Cholly advised getting out of long positions and taking some profits before the dollar strength came back. But if gold moves above the $1,685 an ounce level, then the outlook changes. "If we are above $1,685, then I'll rethink that strategy," he told Kitco News.

Whether or not gold can get above the next key resistance level and then move to $1,700 an ounce will depend on next week's inflation data. If the data shows price pressures coming down, gold could move up into that territory, said Moya. But a hotter-than-expected number would set a bearish tone.

Market consensus calls are looking for the October CPI number to slow to 8% from September's 8.2%.

Next week's data to watch