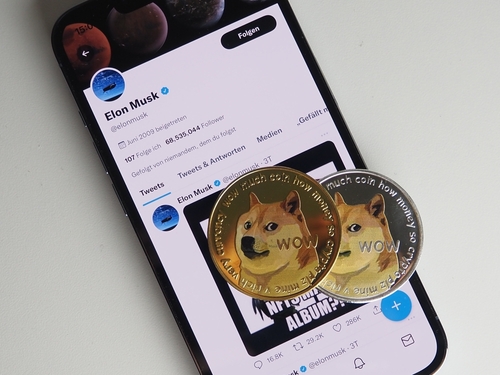 (Kitco News) - Twitter has halted its plan to build its own crypto wallet, according to a report published by Platformer on Wednesday evening. The report sparked a slide of over 10% for Dogecoin (DOGE).

"A recently revealed plan to build a crypto wallet for Twitter appears to be on pause," the article stated. The point appeared almost as an afterthought toward the end of a roundup of notes on internal changes at Twitter, but DOGE sold off sharply immediately following its publication.

DOGE has acted as a proxy for market sentiment toward new Twitter owner Elon Musk since early 2021. As Musk completed his purchase of Twitter in late October and took the company private, Dogecoin’s price more than doubled, with many expecting he would push new crypto initiatives forward as part of his restructuring of the platform.

The value of DOGE has been tied tightly to Musk since he first posted a tweet of himself holding a Shiba Inu – the dog breed associated with the doge meme that gave Dogecoin its name – in January of 2021. On September 29, 2022, messages between Musk and Twitter’s senior management were published which revealed that he had been considering making DOGE the operating currency for the entire platform.

“I have an idea for a blockchain social media system that does both payments and short text messages/links like twitter,” he wrote. “My Plan B is a blockchain-based version of twitter, where the ‘tweets’ are embedded in the transaction of comments. So you’d have to pay maybe 0.1 Doge per comment or repost of that comment.”

On October 24, tech blogger Jane Manchun Wong tweeted that Twitter was beginning work on a “wallet prototype.” Dogecoin was already in the midst of a strong runup during Musk’s Twitter takeover, and news that the platform would have its own integrated wallet for cryptocurrency deposits and withdrawals further fueled enthusiasm for DOGE. The rumor has led many to speculate that Twitter could eventually evolve into a complete Web3 platform.

It’s worth noting that Wong never shared any details about the Twitter wallet project, and the Platformer article hasn’t been corroborated by other media or confirmed by a Twitter representative. Multiple outlets have reached out to Twitter for comment.