Gold is cheap and wants to go higher - Dennis Gartman 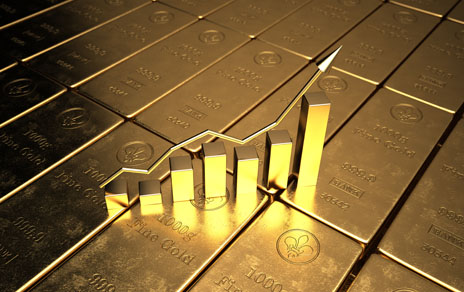 (Kitco News) - The gold market has bounced nearly $100 from its two-year lows hit last week, and according to one market analyst, investors might be starting to recognize the precious metal's value.

In an interview with Kitco News, Dennis Gartman, chairman University of Akron Endowment Committee, and former publisher of the Gartman Letter, said that gold's recent drop to$1,618 an ounce was a consequential move that created solid value play for investors.

While hedge funds and other major investors have shunned gold as prices declined through the summer, Gartman said that there is one group that has taken advantage of lower prices, which is something that retail investors should pay attention to.

"The fact that central banks have been aggressive buyers of gold on the way down demonstrates where the value in the market is," he said.

Last week, the Word Gold Council said that central banks worldwide bought nearly 400 tonnes of gold between July and September, an increase of 300% from the third quarter of 2021. The third-quarter buying spree was the largest on record going back to 2000.

Gartman has been fairly bullish on gold through most of 2022 and has held 10% of his portfolio in the gold-backed SPDR Gold Shares ETF (NYSE: GLD). However, he added that now he has moved half of his gold position into the mining sector, buying VanEck Gold Miners ETF (NYSE: GDX).

"Historically, in a bull market, and I still think it's a bull market, gold miners outperform the precious metal," he said. "If you look at the charts, both GLD and GDX are showing signs of building solid bases. But if you didn't know which one you were looking at, you would probably buy GDX."

Whether gold's latest rally proves to be the start of a new uptrend or another short-squeeze rally that fizzles isn't much of a concern for Gartman. He said that he is paying attention to the metal's long-term potential.

He added that the Federal Reserve will continue to raise interest rates, which will continue to create a challenging environment for gold; however, he said that he doesn't think the U.S. central bank will ultimately be able to get inflation under control and bring it back down to 2%.

Gartman added that he expects the Federal Reserve to bring interest rates to 5% or 5.25% in this tightening cycle. However, he also said he wouldn't rule out the Fed Funds rate increasing.

"When Fed eases, it eases a long way. When the Fed tightens, it tightens a long way," he said. "I think it'll be a long time… maybe even 2024 or 2025, before the Fed loosens its monetary policy."

While interest rates could stay elevated for a prolonged period, Gartman said that he also expects inflation to remain high.

"The Federal Reserve's balance sheet is $8.5 trillion and they are taking $95 billion out a month. It will take years for them to work all that liquidity out of the market. Inflationary pressures are going to be extended for a long period of time that should be beneficial to the gold market."

At the same time, the gold market should also continue to benefit from safe-haven flows, Gartman said. He added that he expects the S&P 500 has another 10% to 15% drop before it bottoms out.