Gold price surges another $50 ahead of U.S. midterm results 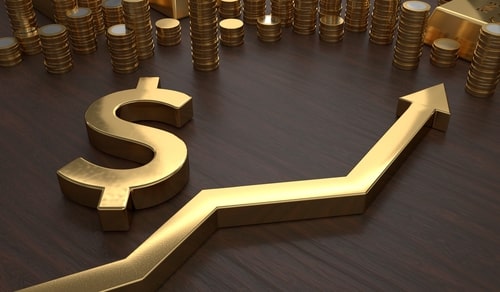 (Kitco News) The gold market saw another $50 move higher as Americans cast their final ballots in the U.S. midterm elections Tuesday. The rally is a follow-up to a similar move seen Friday, with the U.S. dollar retreating and recession concerns taking center stage.

Markets are carefully following midterm elections news in the U.S., with polls forecasting the Democrats losing the House and the Senate. The first vote tallies will come in on Wednesday, but the final results might not be known immediately, with all 435 seats in the U.S. House of Representatives, 35 U.S. Senate seats, and 36 governorships up for grabs this time around.

“The upswing was boosted by the depreciation of the U.S. dollar,” said Commerzbank analyst Carsten Fritsch on Tuesday. “The latest surge in the gold price is likely to have been attributable to covering of speculative short positions. They amounted to a good 40,000 contracts just a few days earlier, according to the CFTC, putting them only marginally below their late-September high.”

With the Republicans leading the polls, markets could be surprised if there was a Democratic sweep or if Republicans dominate the polls more than already expected, noted OANDA senior market analyst Edward Moya.

“A divided government means we won’t be seeing a big fiscal stimulus response next year when the economy is in a recession … Republicans need just five seats to take back that House and that most polls suggest that should not be difficult,” Moya said. “A Republican sweep this week would confirm that won’t see a major fiscal response from the Biden administration once the economy falls into a recession.”

The best election outcome for gold is a Republican takeover and a slower inflation pace out of the U.S., with the latest CPI numbers being released Thursday, Moya added.

Inflation data will be a major driver for gold following the midterms. “Gold looks like it will closely track the dollar, and that means it will hinge on this week’s inflation report,” OANDA’s analyst said. “The reason investors are so fixated with this week’s inflation data instead of the midterm election is that it seems highly likely the Republicans will win one of the chambers this week. Even if the Republicans win both the House and Senate, the bullish reaction for risky assets might be short-lived.”

Looking at past midterms for answers

Historically, midterms have been “only mildly supportive” for gold but “very positive” for equities, the World Gold Council (WGC) said in a note this week.

Since 1970, equities have posted positive returns in the next six months following the midterms on every occasion. In comparison, gold rose 61% of the time, advancing a median of 2% during the same timeframe.

Despite the connection, gold is more likely to take direction from the U.S. dollar and the Federal Reserve’s monetary policy, the WGC said.
“Midterms are a de-facto ‘referendum’ on the sitting administration’s performance. It has been customary for the incumbent to lose ground, frequently resulting in decision-making gridlock,” the WGC explained. “The consequence of this has been a perceived reduction in macro uncertainty and legislative risk, and therefore a boost for equities.”

So far, the media has been paying more attention to the midterms than investors, who are instead focused more on inflation and recession fears.

“Polling suggests an equity-friendly outcome is all but guaranteed, which may explain the sanguine investor stance,” the WGC added. “Inflation and the Fed’s response is arguably a much more pressing topic given the fastest and strongest hiking cycle in modern history. Prior to the 2018 midterms, trade wars were more of a concern for markets – clearly a politically driven theme.”

Also, an equity rally will not be a problem for gold, which can rally alongside stocks this week, the note added.

Working in favor of the overall bullish sentiment building in gold is a slowdown in tightening by some other central banks, including the Reserve Bank of Australia (RBA) and Bank of Canada (BOC), with the focus again shifting to the December Fed meeting.