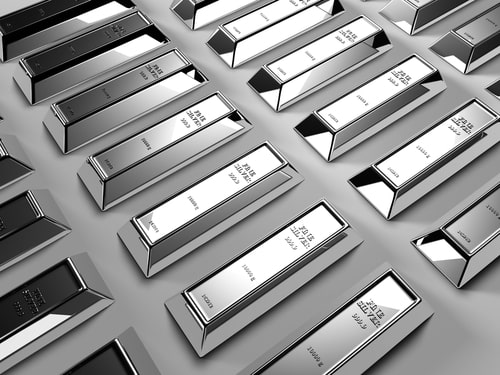 (Kitco News) Holdings of physical silver held in vaults across London dropped to a record low in October, according to the data provided by the London Bullion Market Association (LBMA).

"This is the lowest amount of silver held in the vaults since reporting started in July 2016," the LBMA said in its report this week.

The drop in silver holdings is explained by the robust demand for the physical metal. "The decline reflected the ongoing strength of coin and bar demand, especially in the key U.S. and German markets," said Philip Newman, the Managing Director at Metal Focus.

Demand coming from India is also partly responsible for the low inventories. "Indian October imports appear to have still been sizeable, albeit considerably lower than September's near record high of 1,700t. The lower total for October may reflect the impact on the Indian market of higher rupee prices earlier last month," Newman said. "Our Mumbai team noted that silver demand eased somewhat during Diwali, in contrast to gold, which enjoyed double-digit gains during the festival."

LBMA's statistics include the holdings of the London commercial vaults and the Bank of England's gold holdings. The U.K.'s central bank does not hold any silver.

Analyzing the silver holdings data out of London, MKS PAMP's head of metals strategy Nicky Shiels said that silver is well positioned for some upside in prices.

"The drawdown in stocks is not a silver phenomenon; it's a metal phenomenon – copper has four days of cover! We are in a shortage economy, but given silver's size, relative lack of liquidity vs. other precious & base metals, and very strong retail/physical demand, it's better positioned for upside momentum," Shiels said Monday.

Silver hit a high of more than four months on Tuesday, with December Comex silver futures last trading at $21.65, up 3.49% on the day. Both silver and gold prices were boosted by "heavy short covering in the futures markets, perceived bargain hunting in the cash markets, and even some safe-haven demand as the cryptocurrency markets are selling off," said Kitco's senior analyst Jim Wyckoff.