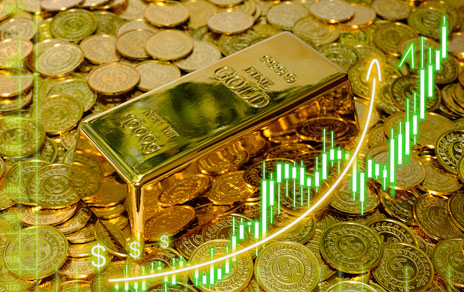 (Kitco News) - The gold market continues to find its legs, with prices holding new support above $1,700 an ounce, and according to the Swiss Bank UBS, this could be the start of a bigger move.

The bank's precious metals expert Joni Teves, released her 2023 gold price outlook, saying that she sees the precious metal pushing to $1,900 an ounce by the end of next year.

The biggest factor Teves said she sees driving gold prices up by double digits next year is a shift in U.S. monetary policy.

Not only does UBS expect the Fed to end its aggressive tightening cycle in 2023, but it is looking for the central bank to cut rates by 175 basis points by the end of the year.

Teves noted that historically, gold prices had risen 19% for every 1% cut in interest rates.

"We think gold should benefit and therefore holding a long gold position would offer an attractive risk-reward as the tightening cycle ends," said Teves in the report.

While UBS is bullish on gold through 2023, Teves warned investors that the precious metal still faces some headwinds as Fed's tightening cycle continues through the first half of the year.

"Attempting to pick the bottom is always tricky," said Teves. "That said, we think any weakness in gold in the coming months should ultimately offer opportunities to position for a move higher in prices over the course of 2023, as the Fed pauses tightening and eventually shifts to a more dovish stance."

However, there are growing expectations that a recession next year could force the Federal Reserve to shift its monetary policy sooner than expected.

UBS'bullish outlook on gold comes as the precious metal has struggled through most of 2022, with prices last week dropping to a two-year low of around $1,618 an ounce. Analysts note that the Federal Reserve's aggressive monetary policy stance has pushed real rates to an eight-year high and the U.S. dollar to its highest level in 20 decades, creating to significant headwinds for gold.