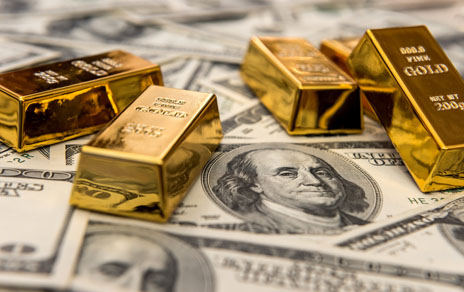 (Kitco News) - Central banks' voracious appetite for gold in the third quarter has attracted some new investor attention and could be helping with the current trend reversal in the marketplace.

In a report Thursday, commodity analysts at BCA Research said they are tactically bullish on gold and buying futures as central bank demand creates a solid floor in the marketplace.

Last week the World Gold Council amazed the gold market after it announced that central banks bought nearly 400 tonnes of gold in the third quarter. This was the biggest single quarter of purchases since the WGC started collecting data in 2000.

Coinciding with the report, gold prices have reversed their months-long downtrend, with prices testing new resistance at $1,750 an ounce. Gold prices have rallied more than $100 or 8% from their two-year lows last week.

"Central banks will continue increasing gold's share of their total reserves in the face of continued inflationary pressures going forward, heightened policy and geopolitical uncertainty," the analysts said. "Of these pressures, the medium-term risk of persistently elevated headline inflation, which we expect will be driven by higher energy prices due to a lack of CAPEX, will dominate CB demand for gold."

BCA said they expect the global inflation threat to remain elevated for the next three to five years. The firm's analysts have noted in previous research that low global inventories will keep commodity prices elevated and at the same time, rising wages to compensate for weakening purchasing power will keep inflation elevated for longer than longer-than-expected.

Along with macroeconomic worries driving demand, BCA said that they suspect the rise in the U.S. dollar is another factor driving demand for gold within the official sector.

This year the U.S. dollar has rallied 20%, hitting a 20-year high, driven by the Federal Reserve's aggressive monetary policy stance. According to many economists and analysts, the strong U.S. dollar has been a major issue for emerging market nations, which have their debt denominated in the greenback.

"Central banks continue to reduce bond holdings in their reserves – particularly those of the U.S. – and invest in gold, at the margin. This reduces their exposure to heightened volatility in bond markets, which has been exacerbated by sometimes-conflicting forward guidance and policy shifts at systemically important CBs like the Fed and ECB," the analysts said.

As an example of the growing trend in the marketplace, BCA noted that China and Japan had not bought U.S. Treasury bonds over the last year.

The firm also noted that Russia's ongoing war in Ukraine is exacerbating the global de-dollarization movement. Western economic sanctions, led by the U.S., placed on Russia have particularly spooked some emerging market economies.

"The exorbitant privilege accorded the USD's reserve-currency status will continue to erode as EM states move to insulate themselves against U.S. financial and trade sanctions being turned on them," the analysts said. "Based on our modeling, we believe as long as the Fed is intent on keeping the real effective USD exchange rate and real UST rates positive, demand for higher CB gold reserves will persist."