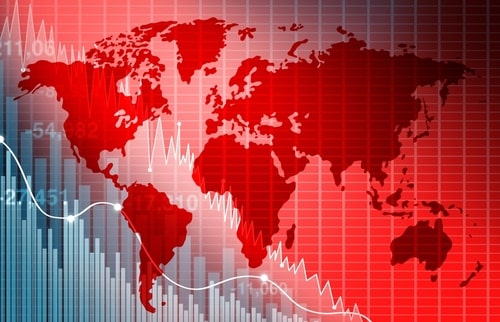 (Kitco News) With the economy starting to slow, the outlook is now 'gloomier' than what the International Monetary Fund (IMF) projected in its October report.

The IMF is now focused on the fourth quarter outlook, with early data points suggesting more weakness ahead.

"The macroeconomic policy environment is unusually uncertain … Our latest World Economic Outlook, released last month, lowered our global growth forecast for next year to 2.7 percent, and we expect countries accounting for more than one-third of global output to contract during part of this year or next," IMF's economist Tryggvi Gudmundsson said Monday in a blog post. "Moreover … recent high-frequency indicators confirm that the outlook is gloomier."

The IMF's concern comes from what looks like a steady worsening of the purchasing manager indices (PMI) in recent months, Gudmundsson explained. The trend is especially visible when looking at the G20 economies.

"These survey-based measures gauge the momentum of manufacturing and services activity," Gudmundsson said. "A growing share of G20 countries have fallen from expansionary territory earlier this year to levels that signal contraction. That is true for both advanced and emerging market economies, underscoring the slowdown's global nature." 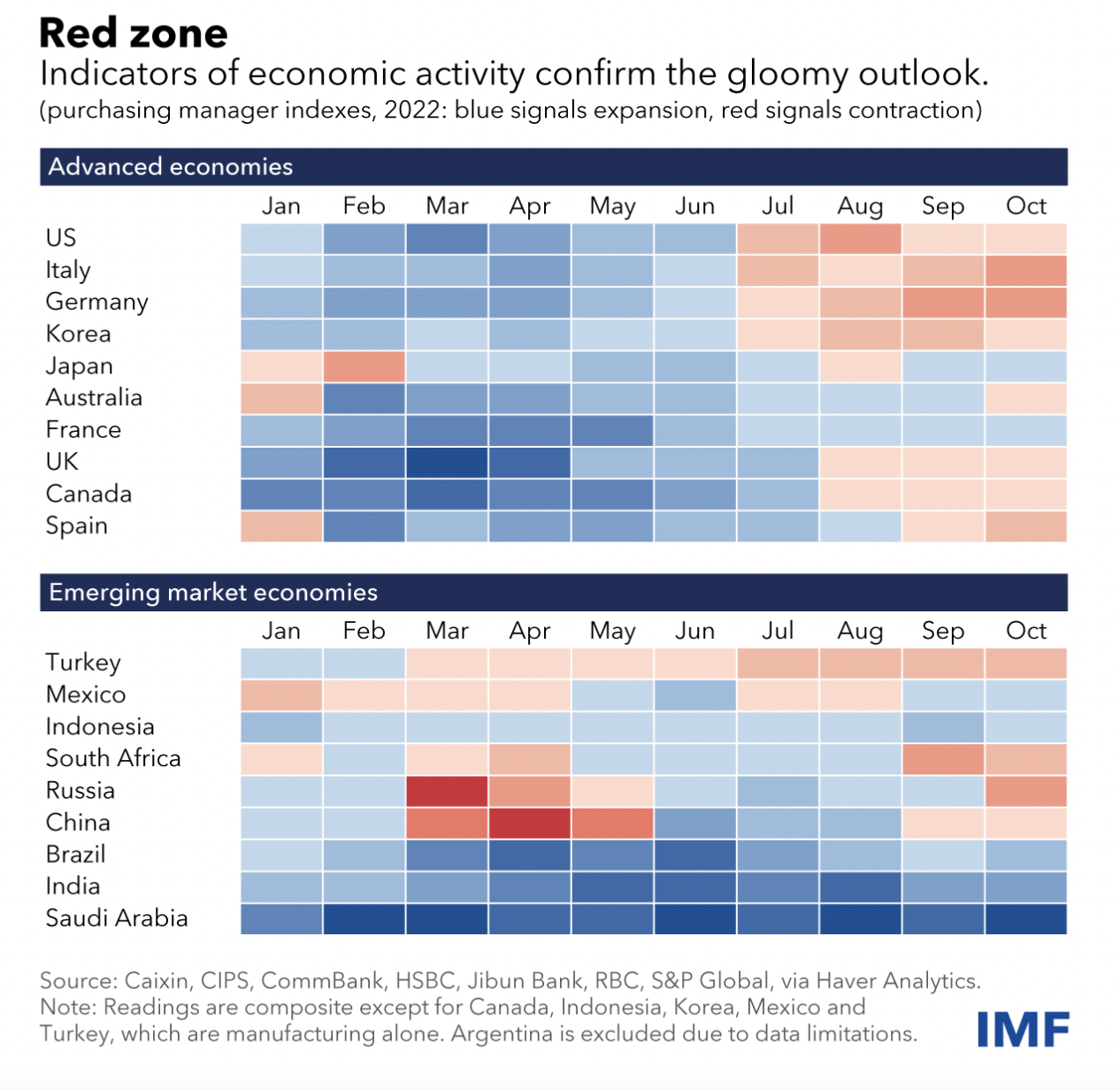 And even though the GDP data surprised on the upside in the third quarter, PMI numbers are now spelling out a slowdown.

"October PMI releases point to weakness in the fourth quarter, particularly in Europe. In China, intermittent pandemic lockdowns and the struggling real estate sector are contributing to a slowdown that can be seen not only in PMI data but also in investment, industrial production, and retail sales. This will inevitably have a significant impact on other economies due to China's large role in trade," Gudmundsson wrote.

Despite a more dire outlook going forward, central banks around the world should keep on tightening until inflation is brought back under control, the IMF argued.

"The challenges that the global economy is facing are immense and weakening economic indicators point to further challenges ahead," Gudmundsson warned.

In its October World Economic Outlook, the IMF lowered its 2023 global growth to 2.7%, down from the July forecast of 2.9% and January's estimate of 3.8%. The IMF also said that next year will feel like a recession for many, stating "the worst is yet to come."

The report said there is a 25% chance that growth can still slow to less than 2%. For 2022, the global growth projection remained unchanged at 3.2%.

"Overall, this year's shocks will re-open economic wounds that were only partially healed post-pandemic. In short, the worst is yet to come and, for many people, 2023 will feel like a recession," said IMF's chief economist Pierre Olivier Gourinchas. "The 2023 slowdown will be broad-based, with countries accounting for about one-third of the global economy poised to contract this year or next. The three largest economies, the United States, China, and the euro area, will continue to stall."