Charlie Munger on crypto: It's 'partly fraud and partly delusion' 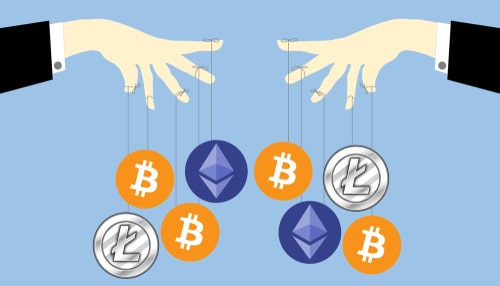 (Kitco News) Many public figures are speaking out on the latest FTX crypto saga, and Berkshire Hathaway Vice Chairman Charlie Munger is not mincing words on the topic.

The 98-year-old Munger is a famous cryptocurrency critic, describing the space in the past as "disgusting," "evil," and "rate poisoning."

This time around, in comments to CNBC post-FTC collapse, Munger said that the crypto space is a terrible combination of fraud and delusion.

"This is a very, very bad thing. The country did not need a currency that was good for kidnappers," Munger said Tuesday. "There are people who think they've got to be on every deal that's hot. I think that's totally crazy. They don't care whether it's child prostitution or bitcoin."

On what happened with FTX, Munger noted that "you are seeing a lot of delusion. Partly fraud and partly delusion. That's a bad combination."

After one of the most chaotic weeks in crypto on record, FTX filed for Chapter 11 bankruptcy protection on Friday and its CEO Sam Bankman-Fried resigned.

Following the FTX collapse, which had a $32 billion valuation as of January, regulators have opened various probes. There are ongoing investigations going on by the U.S. Justice Department, the Securities and Exchange Commission, and Commodity Futures Trading Commission, Reuters reported Monday.

Commenting on the rollercoaster ride that has been crypto prices over the last year, Munger said that the idea behind digital assets had been taken too far.

"Good ideas, carried to wretched excess, become bad ideas," Munger said. "Nobody's gonna say I got some s*** that I want to sell you. They say – it's blockchain!"

Bitcoin, the world's largest cryptocurrency, is down 75% from its all-time high of $69,000 reported just over a year ago. At the time of writing, Bitcoin was trading at $17,012, with many analysts still warning of a bigger fallout post-FTX.