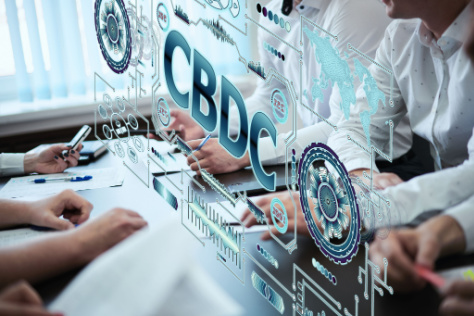 (Kitco News) - The New York Fed announced on Tuesday that they will launch a 12-week pilot project in collaboration with commercial banks for a central bank digital currency (CBDC).

The Federal Reserve Bank of New York wrote that its New York Innovation Center (NYIC) “will participate in a proof-of-concept project to explore the feasibility of an interoperable network of central bank wholesale digital money and commercial bank digital money operating on a shared multi-entity distributed ledger.”

The project is designed to test “technical feasibility, legal viability, and business applicability of distributed ledger technology” on a regulated liability network (RLN).

“The NYIC looks forward to collaborating with members of the banking community to advance research on asset tokenization and the future of financial market infrastructures in the U.S. as money and banking evolve," said NYIC Director Per von Zelowitz.

The banking community members who will participate in the New York Fed’s CBDC pilot are Citi, HSBC, TD Bank, Wells Fargo, BNY Mellon, U.S. Bank, Mastercard, PNC Bank, and Truist, according to a joint announcement released Tuesday. The technology will be provided by SETL with Digital Asset, powered by Amazon Web Services, and global financial messaging service provider Swift will also participate to support interoperability across the international financial ecosystem.

The 12-week pilot will test an RLN design that operates exclusively in U.S. dollars where banks “issue simulated digital money or ‘tokens’ – representing the deposits of their own customers – and settle through simulated central bank reserves on a shared multi-entity distributed ledger.”

The project will also test the feasibility of a “programmable digital money design” that is “potentially extensible to other digital assets,” and it will test the compatibility of the RLN with existing laws and regulations. The pilot will also include “dialogue with the broader U.S. banking community, including community and regional banks.”

The New York Fed and participating banks will publicize the results as a “contribution to the literature on digital money” once the pilot project has concluded in mid-February.