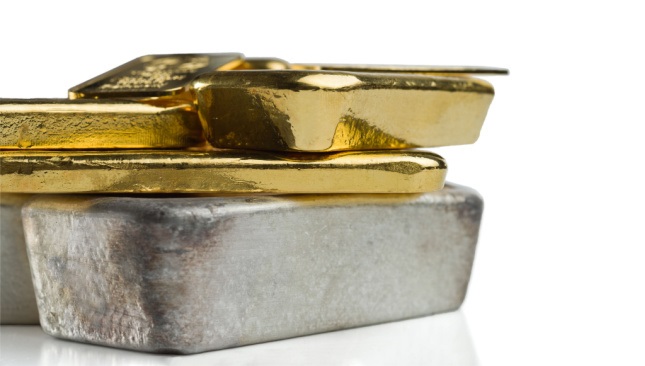 (Kitco News) - The gold market has made some significant moves in the last two weeks as prices have risen to a three-month high and within striking distance of $1,800 an ounce.

Although the precious metal is in a solid uptrend, some analysts say that the gains could be more fragile than it appears as the initial drive was driven primarily by short covering, according to the latest data from the Commodity Futures Trading Commission (CFTC).

The CFTC's disaggregated Commitments of Traders was released Monday as government offices were closed Friday, Nov. 11, in recognition of Memorial Day. Although investors started placing more bullish bets on gold, the sentiment was still overly bearish.

The latest COT report for the week ending Nov. 8 showed money managers increased their speculative gross long positions in Comex gold futures by 9,846 contracts to 88,059. At the same time, short positions fell by 15,209 contracts to 104,405.

Gold's net short positioning now stands at 16,346 contracts, up nearly 51% from the previous week. Although the latest report shows sentiment is still bearish, it shifted considerably from its recent four-year highs.

During the survey period, gold prices bounced off a two-year low at $1,618 and pushed above $1,700. Analysts note that the latest trade data is backward looking as sentiment has shifted to the bullish side as prices have broken through $1,750 and many see $1,800 as a new short-term target.

"The rally started with a short-squeeze, but we expect bullish investors have taken over for now," said Ole Hansen, head of commodity strategy at Saxo Bank.

Commodity analysts at Commerzbank also said they suspect sentiment has shifted to the bullish side as prices have rallied more than 4% from last Tuesday.

Hansen added that shifting momentum can also be seen in the price action, as gold has seen only shallow pullbacks since the rally started.

"Sentiment has clearly shifted as there is now a buy-the-dip mentality in the market. Gold investors who are short are using the dips to cover their positions," he said.

Hansen also noted that sentiment in the futures market has shifted, but investors are generally hesitant to jump into gold as demand for gold-back exchange-traded funds remains lackluster. He added that gold bulls need to keep an eye on this sector.

During the COT survey period, SPDR Gold Shares (NYSE: GLD), the world's biggest gold ETF, saw outflows of 3.21 tonnes. In the last four days, inflows have only increased by a little over 2 tonnes.

"Sentiment is shifting, but now we need to see long-term investors in the ETF market to come in support the market," said Hansen.

Commodity analysts at TD Securities said that they see the move in gold as a short squeeze adding risks to their current short position.

"We find a rally towards the $1850/oz mark would still be supported by CTA short covering, which points to continued squeeze risks in gold should the US dollar continue to weaken. In contrast, the bar for CTAs to add to their shorts once more is more elevated," the analysts said.

Silver also appears to be following in the footsteps of gold; however, the short covering at the start of the rally was significantly more pronounced.

During the survey period, silver saw an extraordinary rally, with prices breaking above $21 an ounce. Prices pushed briefly above $22 an ounce but have since retraced some of those gains.

Analysts at TD Securities said that while the short squeeze in silver can still last, the market needs to rally above $23 an ounce to attract any major long-term bullish interest.

"While positioning risks have become more two-sided with short covering having already occurred on a substantial scale, our model suggests that a rally north of $23.50/oz would still be associated with large-scale CTA purchases, suggesting the squeeze can still catch its second wind," the analysts said.