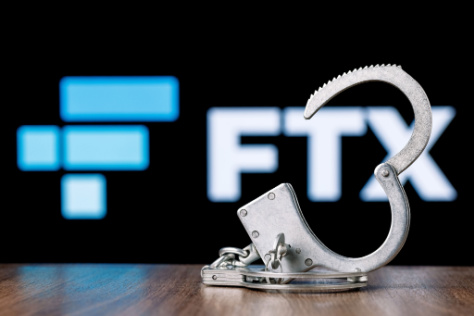 (Kitco News) - Authorities in the United States and the Bahamas are discussing the possibility of bringing Sam Bankman-Fried to the US for questioning as new legal proceedings against FTX and its former CEO were also launched on Wednesday.

Citing multiple sources involved in the discussions, a Bloomberg report stated that “conversations between law-enforcement officials in the two countries have intensified in recent days,” and that Bankman-Fried has been “cooperating” with Bahamian authorities, who interviewed him on Saturday.

The report said no one involved in the collapse of FTX and Alameda has been arrested or taken into custody yet, and the U.S. Justice Department, the U.S. Attorney’s Office for the Southern District of New York, and the Royal Bahamas Police’s financial crimes unit all declined to comment as of Wednesday morning.

In addition to the former CEO, FTX co-founder Gary Wang and director of engineering Nishad Singh are still in the Bahamas and remain “under supervision” by local authorities. Over the weekend, there were rumors that Bankman-Fried and Alameda CEO Caroline Ellison were looking to flee to Dubai.

On Tuesday evening, SBF posted a series of tweets claiming that “to the best of [his] knowledge,” Alameda had more (illiquid) assets than liabilities marked to market; Alameda had a margin position on FTX International; and that FTX.US still had enough to repay all its customers. “Not everyone necessarily agrees with this,” he wrote.

He claimed that his one goal is to “do right by customers” and that he’s been meeting in person with regulators. He didn’t specify which regulators, representing which countries. He said that there was too much leverage, “more than I realized. A run on the bank and market crash exhausted liquidity.”

Bankman-Fried also claimed that he was working to “raise liquidity, make customers whole, and restart,” though he didn’t specify how he would do this after stepping down as CEO on Nov.11 and while both Alameda and FTX are currently in bankruptcy proceedings.

It was also reported on Wednesday that an $11 billion consumer class-action lawsuit has been filed before a Florida court, with investors formally suing FTX and Bankman-Fried for losses incurred due to the collapse of the crypto exchange.

“FTX’s fraudulent scheme was designed to take advantage of unsophisticated investors from across the country, who utilize mobile apps to make their investments,” Oklahoma resident Edwin Garrison wrote as part of the filing. “As a result, American consumers collectively sustained over $11 billion dollars in damages.”

Lawyers for Garrison claimed to have “many incriminating FTX emails and texts” but didn’t share any specifics.