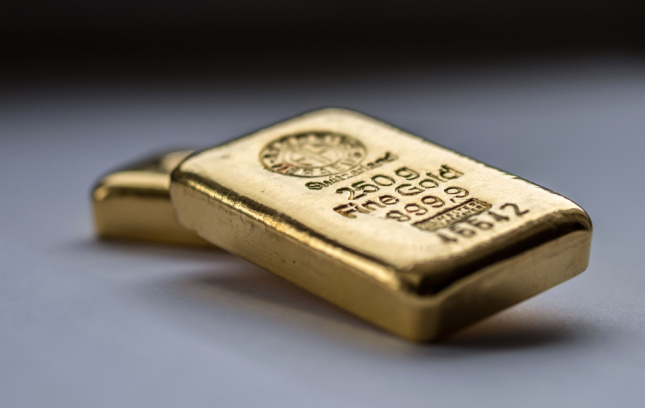 (Kitco News) - The gold market has seen an impressive rally in the last two weeks, as prices hold near their highest levels in three months and look ready to test resistance at $1,800 an ounce. But one bank remains solid bearish on the precious metal through most of 2023.

In his 2023 outlook forecast, Bart Melek, head of commodity strategy at TD Securities, said that he sees gold prices falling below $1,600 an ounce in the first quarter of next year. He added that he doesn't expect prices to push back above $1,800 an ounce before the fourth quarter of 2023, and it will be another year before the precious metal sees $1,900.

"With inflation still raging, the Fed may have no choice but to stick to a hawkish policy stance over the next twelve months or so. We expect that the Fed funds rate will hit 5.50% by mid-2023 and there will be no easing until late 2023. As a result, we expect there to be a general lack of investor interest in gold, at least in the early months of 2023 when rates are still increasing," he said.

"Furthermore, there is a risk that still-large long positions being held by family offices and proprietary trading shops could be liquidated, as it becomes increasingly expensive to hold positions," he said. "Capitulation or even some selling of those positions should drive the yellow metal into $1,575/oz territory over the next several months."

TDS has been tactically short gold since late July, adding to its bearish position in mid-September with a target of $1,580 an ounce.

Although the Canadian bank expects the latest gold rally to fade by year-end and into 2023, Melek noted that the current price action shows how much potential is in the market when the Federal Reserve does start to reverse its rate hikes.

"The fact that gold has responded to even faint hopes of a monetary policy pivot lately, convinces us that gold will react ahead of when the US central bank actually signals an intention to start moving off the restrictive trajectory," he said. "The very strong probability that rates will drop considerably before the two percent inflation target is reached should prompt many investors to buy gold to compensate for the lack of meaningful real returns across much of the Treasury curve."

It's not just gold that TDS is bearish on in 2023. The bank expects silver prices to drop below $18 an ounce by the first quarter of next year. They maintain this bearish outlook even as prices have rallied nearly 20% in the last month, stabilizing around $21.50 an ounce.

However, the bank is not bearish on all precious metals. TDS sees upside potential for platinum from growing demand in the automotive sector and renewed investor interest.

"While EV penetration is certainly growing, a large portion of the growth in the fleet is coming via hybrid vehicles, which still use a substantial amount of PGM content," TDS analysts said in the report. "Overall, platinum as a share of total automotive PGM consumption has actually been increasing in recent years. At the same time, after two consecutive years of investment outflows, the eventual central bank pivot should fuel a combination of both increased industrial demand and investment demand.

"The market has already rallied substantially in recent months, but with macro weakness and a dire precious metals environment still in the cards for the early months of 2023, we would look to buy dips below $900/oz," they concluded.