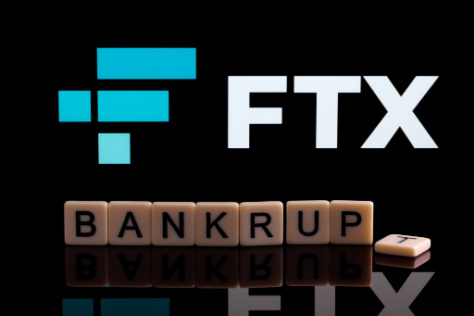 Once the documents were shared with the media, the reasons for the delay became clear: A near-total absence of internal controls or documentation for everything from expenses, client deposits, and human resources that Ray said was without precedent in his 40-plus years of experience in overseeing and restructuring high-profile corporate collapses.

“Never in my career have I seen such a complete failure of corporate controls and such a complete absence of trustworthy financial information as occurred here,” Ray said. “From compromised systems integrity and faulty regulatory oversight abroad, to the concentration of control in the hands of a very small group of inexperienced, unsophisticated and potentially compromised individuals, this situation is unprecedented.”

Among the lowlights of the filing:

FTX, a company with a valuation of $32 billion before its collapse, did not bother to hold board meetings, nor did most of its subsidiaries. “Many of the companies in the FTX group, especially those organized in Antigua and the Bahamas, did not have appropriate corporate governance,” Ray wrote. “I understand that many entities, for example, never had board meetings.”

FTX had no cash management system in place whatsoever. “The FTX Group did not maintain centralized control of its cash. Cash management procedural failures included the absence of an accurate list of bank accounts and account signatories, as well as insufficient attention to the creditworthiness of banking partners.”

The company’s management of its people was equally chaotic. “The FTX group's approach to human resources combined employees of various entities and outside contractors, with unclear records and lines of responsibility,” Ray wrote. A week after the implosion of FTX, FTX.US and Alameda Research, the new management has been “unable to prepare a complete list of who worked for the FTX group as of the petition date, or the terms of their employment.”

Company funds were used to purchase millions of dollars worth of personal real estate for executives and other employees. “In the Bahamas, I understand that corporate funds of the FDX group were used to purchase homes and other personal items for employees and advisors,” Ray wrote. “I understand that there does not appear to be documentation for certain of these transactions as loans, and that certain real estate was recorded in the personal name of these employees and advisors on their records of the Bahamas.”

Ray noted that one of the “most pervasive failures” he is confronting with the FTX.com business is the absence of any permanent records of decision-making. “Mr. Bankman-Fried often communicated by using applications that were set to auto-delete after a short period of time, and encouraged employees to do the same.”

The filing concludes with uncompromising remarks about the status of the company’s former CEO that were clearly written after the release of yesterday’s Vox interview. “Finally, and critically, the Debtors have made clear to employees and the public that Mr. Bankman-Fried is not employed by the Debtors and does not speak for them,” Ray wrote.

“Mr. Bankman-Fried, whose connections and financial holdings in the Bahamas remain unclear to me, recently stated to a reporter on Twitter: ‘F*** regulators they make everything worse’ and suggested the next step for him was to ‘win a jurisdictional battle vs. Delaware.’”

The latter is a reference to Bankman-Fried’s statements in the interview that he wanted to wrest the company out of bankruptcy protection and somehow raise billions in new funding to make it solvent again.

Ray said they have located and secured only $740 million in crypto to date, which is “only a fraction” of FTX’s assets. The filing also highlights $372 million in unauthorized transfers made on Nov. 11, the day FTX filed for bankruptcy, along with the minting of $300 million worth of FTT, FTX’s own token, after the company had already declared itself bankrupt.

Going forward, Ray lists five core objectives that his new leadership team will pursue on behalf of the company and those it owes: implementation of controls, asset protection and recovery, transparency and investigation, efficiency and coordination, and maximization of value.