Here's how investing in silver stacks up - The Perth Mint 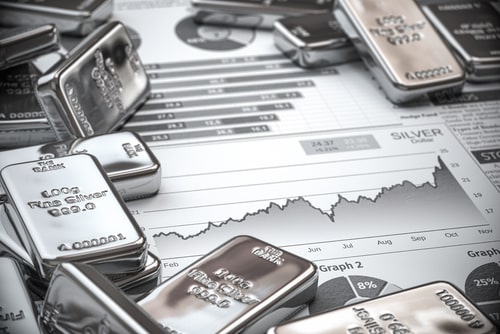 (Kitco News) With sentiment around silver looking up following gold's November rally, the Australian Perth Mint looked at how investment in the precious metal stacks up.

Silver has unreformed gold this year. The precious metal is down 10.6% year-to-date, while gold is down only 3.9%.

This is why it was not surprising to see the results of last month's survey from the London Bullion Market Association's (LBMA) Global Precious Metals Conference. LBMA delegates said they saw silver rising to $28.30 an ounce in the next 12 months - a 36% increase from current levels. They also expected gold to rise to $1,830.50 an ounce in 12 months - a 4% advance from current price levels.

"Investing in silver, it appears, stacks up in the opinion of many," Perth Mint said in a note. "Gold tends to get all the glory when people look for an investment with a low correlation to traditional assets such as stocks and bonds. But many invest in silver as an inflation hedge and to help protect the overall value of their portfolio in times of economic turmoil."

The firm compared silver's performance with a range of traditional asset classes, such as stocks, bonds, commodities, and gold, from January 1999 to June 2022.

"Its analysis confirmed that silver has a relatively low historical correlation to asset classes other than gold, and, as a result of 'more rigorous tests', found its return characteristics to be sufficiently different to gold to make it a valuable diversification tool that deserves its own portfolio commitment," The Perth Mint said.

According to that study, the average optimal allocation to silver was between four and five percent with a five-year holding period.

A popular method of allocation to silver throughout the years has been 'stacking,' which refers to accumulating physical silver bullion or coins over time.

"Silver offers stackers many of the benefits of gold, with some important extra advantages," The Perth Mint said. "Both precious metals represent 'hard' assets they physically own, thus insulating them from the counterparty risk associated with paper investments."

Another advantage of silver is its price compared to gold — allowing investors to build up significant holdings over time by making regular contributions to their stockpiles.

Silver is also not just a precious metal. It is an industrial metal that is used by various industries in technology, science, and medicine. Currency devaluation is one of the reasons why investors choose to keep part of their portfolio in silver or gold.