Did gold price rally run out of steam? 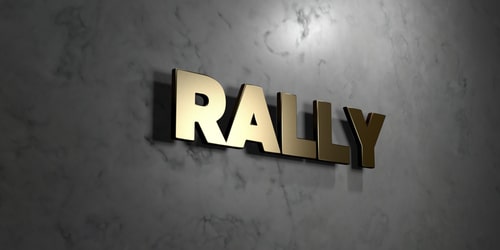 (Kitco News) After nearly hitting $1,780 an ounce this week, gold is starting to backtrack amid hawkish comments from Federal Reserve officials. And analysts are warning that a drop below $1,750 an ounce could end the rally and open the door to a steeper pullback.

The extent of the rally in gold took many by surprise these past two weeks. But the precious metal might have moved too high, too fast, RJO Futures senior market strategist Frank Cholly told Kitco News.

Gold advanced from $1,631 at the beginning of November to nearly $1,780 an ounce this week. But the rally seems to have run out of steam, at least for now. December Comex gold futures last traded around $1,759 an ounce, down 0.6% on the week.

"Gold got close to $1,800. And now the market is seeing some profit taking. It does appear to be rolling over. I am not ready to get bearish yet. We are taking a breather," Cholly said Friday.

It is always a good idea to keep an eye on the U.S. dollar. But gold could be paying closer attention to how the U.S. Treasury yields are trading next week, Cholly added. "If gold closes under $1,750, I'd start to get bearish. At $1,725, things turn sour for gold," he said.

Fed officials are pushing back against market expectations

A slate of Fed officials pushed back against the idea of an early pivot because of cooler inflation data in the October report.

"The Fed is reinforcing the idea that they will stay hawkish. And although we'll probably see a 50 bps hike in December instead of 75 bps, the bond market is telling us a bit of a different story. Gold is really going to keep an eye on those interest rates. If interest rates start to come down, then gold will bounce back and be able to challenge $1,800 again and get closer to $1,820," Cholly explained.

Some of the comments markets had to digest this week included Fed Vice Chair Lael Brainard's statement that although the Fed had "done a lot," it still had "additional work to do." Fed governor Christopher Waller also noted that "one report does not make a trend," referring to the October CPI. And St. Louis Fed President James Bullard warned that the Fed would still need to raise rates to at least 5.25%.

But the Fed is known for quickly changing its tune, and Capital Economics is projecting that inflation will keep coming down.

"We still believe that October's CPI will be followed by more good inflation news over the coming months, which will mean the fed funds rate peaks at a lower 4.50% to 4.75% early next year," said Capital Economics chief North America economist Paul Ashworth. "At the end of its last tightening cycle in December 2018, officials were still projecting that rates would need to rise by an additional 75bp ... And 12 months ago, the Fed was projecting only 100bp of tightening this year."

Next week will be a shortened holiday week, with U.S. Thanksgiving falling on Thursday. The Fed minutes from the October meeting and more Fed speakers are also scheduled for next week. Risk aversion is likely to settle in, and gold could drift lower, OANDA senior market analyst Edward Moya told Kitco News.

"We were so close to having most of Wall Street convinced that a soft landing was happening. But what seems the likely scenario is that the recent rebound in risk appetite is ultimately going to play out like a bear market rally," Moya said. "Inflation is going to prove difficult for the Fed to declare victory next spring, and that means the risks that they will have to tighten beyond February should be alleviated."

The Fed is still facing a strong labor market. And this weekend, markets will be parsing through the Black Friday sales data to see how bad was the demand destruction. But Moya is not ruling out that the U.S. consumer remains in good shape.

TD Securities described the rally in gold as a short-covering move. "Positioning risk remains skewed to the upside. A break above $1,850 could catalyze additional gains. But if that occurs, positioning would be skewed to the downside," TD Securities commodity strategist Daniel Ghali told Kitco News Friday.

Longer-term, gold's price action depends on how inflation behaves. "If inflation does subside, it opens the door for the Fed to pivot," Ghali added.