Gold sentiment is slightly bullish, but not enough to drive prices back above $1,800 next week 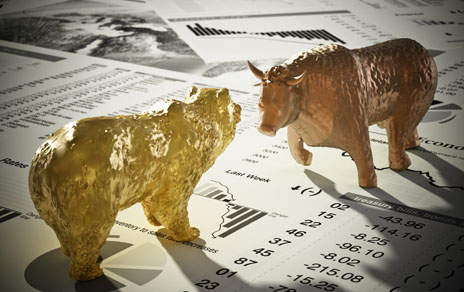 (Kitco News) - Gold bulls will need to be cautious next week as market sentiment cannot provide any clear direction for prices in the near term.

The gold market is ending the week holding on to most of this month's gains as the price holds support around $1,750 an ounce. But prices could struggle in the near term as sentiment among Wall Street analysts and retail investors has only a slight bullish tilt, according to the latest Kitco News Weekly Gold Survey.

Some analysts note, however, that after gold's nearly 11% rally in the last three weeks -- with prices pushing to within striking distance of $1,800 -- some consolidation would be healthy.

Sean Lusk, co-director of commercial hedging at Walsh Trading, said that gold prices could struggle next week as he expects the Federal Reserve will signal that it will continue with aggressive interest rate hikes.

"At the end of the day, inflation remains high, so the Federal Reserve is not done raising interest rates," he said.

However, Lusk added that investors should continue to pay attention to the long-term outlook. Gold and silver will look attractive as rising interest rates push the U.S. economy into a recession, he said.

"I would look to buy the dips on this correction, but not aggressively, because we just don't know what the Fed will do," he said. "Investors have to ask themselves, with a recession coming, do you want to hold equities or a safe haven asset like gold."

Phillip Streible, chief market strategist at Blue Line Futures, said that he is also bearish on prices in the near term, but is also looking to buy gold at lower prices.

"I think you just need to be patient," he said. "The Fed's job is not done yet."

Streible noted that the inverted yield curve between two-year and 10-year notes continues to widen, signaling that the U.S. economy is potentially headed for a severe, prolonged recession.

This week, 20 Wall Street analysts participated in the Kitco News Gold Survey. Among the participants, eight analysts, or 40%, called for gold prices to rise next week. At the same time, seven analysts, or 35%, were bearish on gold in the near term, and five analysts, or 25%, were neutral on prices.

Sentiment among retail investors has dropped sharply from last week's five-month high; at the same time, interest in the precious metal has also fallen with low participation in this week's online surveys.

The shifting sentiment comes as gold prices end the week down nearly 1%. However, gold prices are still up more than 8% since falling to a two-year low in early November. December gold futures last traded at $1,754 an ounce.

Some analysts have said that renewed momentum in the U.S. dollar, supported by hawkish comments from Federal Reserve members, could weigh on gold prices next week.

"We expect the Federal Reserve to continue to dampen the exaggerated response to the Fed's last meeting and this will weigh on gold," said Adrian Day, president of Adrian Day Asset Management.

However, Day also said that central bank hawkish monetary policies are close to running their course, which will ultimately be positive for gold.

"We are clearly approaching a time when the economic pain from what the Fed has already done begins to be evident," he said. "With the ECB reportedly slowing its tightening, and other banks doing likewise, this only reinforces that the Fed will begin to ease its tightening soon."