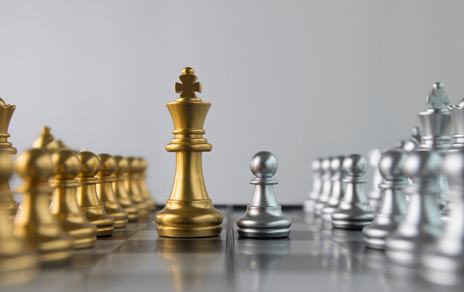 (Kitco News) - Speculative positioning in the precious metals market has become significantly less bearish in recent weeks as hedge funds mostly covered their short bets. However, the market is still unable to attract enough bullish interest for a sustained rally.

While gold and silver continue to hold solid gains above their recent multi-year lows, some analysts have said that the precious metals will continue to struggle as the Federal Reserve maintains its aggressive monetary policy stance.

Although the U.S. central bank is expected to slow to a 50-basis point hike next month, the end target of an elevated terminal rate above 5% remains firmly in place.

"Economic conditions in the United States still are relatively healthier than most other major regions around the world," said commodity analysts at CPM Group. "This could provide support to the U.S. dollar and consequently weigh on gold prices in the short term." They are recommending investors remain neutral on gold in the near-term.

Some analysts have noted that the latest data from the Commodity Futures Trading Commission shows sentiment improving in gold and silver, but they believe that more needs to be done to create a sustainable bullish uptrend.

The CFTC's disaggregated Commitments of Traders report for the week ending Nov. 15 showed money managers increased their speculative gross long positions in Comex gold futures by 7,006 contracts to 95,065. At the same time, short positions fell by 34,797 contracts to 69,608.

The gold market is now net long by 25,457 contracts with bullish positioning hitting its highest level in three months.

During the survey period gold prices rallied to a three-month high at $1,791.80 an ounce. However, it appears the short squeeze has run its course as prices have since fallen below $1,750 an ounce.

"The subsequent failure to break above key resistance in the $1800 area has left the metal exposed to a setback with the yellow metal now focusing on $1735 support ahead of $1720," said Ole Hasen, head of Commodity strategy at Sax Bank.

Despite the improved bullish positioning in the marketplace, commodity analysts at TD Securities expect to see lower prices through year-end.

"The aggressive rise in net length is more likely attributable to weakening downside momentum signals as opposed to growing belief in the Fed pivot narrative. Indeed, money managers significantly covered shorts but only modestly added to their longs," the analysts said. "Given we have found that non-CTA money managers were also likely net short, this recently popular narrative may have also played a role in explaining the scale of short covering in this week's data."

While silver’s bullish positioning has improved, it shows even less conviction compared to gold.

The disaggregated report showed that money-managed speculative gross long positions in Comex silver futures fell by 770 contracts to 38,106. At the same time, short positions fell by 4,487 contracts to 24,997.

Silver's net length now stands at 13,109 contracts, its highest level since early May.

During the survey period silver prices pushed above $22 an ounce. However, those gains have been short lived, with prices now trading below $21 an ounce.

Analysts note that not only are rising interest rates weighing on silver, but a looming recession is also expected to impact the precious metal’s industrial demand.