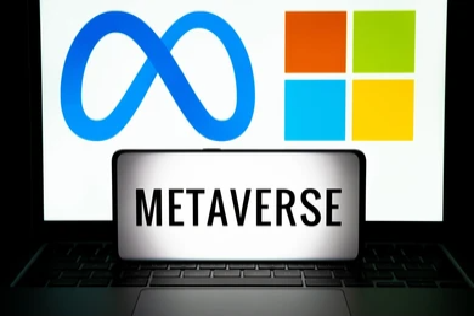 (Kitco News) - “Metaverse” is one of the top contenders for the Oxford Word of the Year for 2022, Oxford University Press (OUP) announced, in a sign that the metaverse is becoming concrete in the public consciousness.

“In ‘metaverse’, we see the conceptual future brought into the vernacular in 2022,” OUP wrote. “From hybrid working in VR, to debates over the ethics and feasibility of an entirely online future, usage of this word has quadrupled in October 2022 compared to the same period last year.”

Oxford University Press wrote that #IStandWith “recognizes the activism and division that has characterized this year,” and characterized ‘Goblin mode’ as “the idea of rejecting societal expectations put upon us, in favor of doing whatever one wants to.”

This year is the first time the general public can participate in choosing the Word of the Year, and they have until Dec. 2 to cast their votes on the Oxford Languages website. At the time of writing, over 267,000 votes have been cast.

The metaverse figured prominently in the public discourse this year. Social media giant Facebook’s rebranding as Meta, and CEO Mark Zuckerberg’s subsequent doubling down on the company’s virtual reality focus even as the stock collapsed and the company laid off thousands, kept the metaverse top-of-mind for investors and the general public alike, though not always for the right reasons.

Meta also spearheaded the creation of The Metaverse Standards Forum which includes tech giants Microsoft, Sony, Intel and nearly 200 others as principal members to “foster interoperability standards for an open metaverse.” This means that the metaverse was in the messaging of virtually every tech company over the last 12 months.

Notably absent from the Forum’s member list is Apple, who appear to be hiring to build out their own metaverse to compete with Meta.

Governments and regulators are also stepping forward to police the metaverse, with UK media regulator OfCom announcing last month that the Online Safety Bill currently being debated in the House of Commons probably already applies to these virtual spaces.

And just yesterday, metaverse platform The Sandbox announced the sale of over 1,900 virtual LAND parcels. The company says their metaverse contains 166,464 LANDs valued at over $1B, based on the average price of the 100,000 LANDs sold to date.

A recent report from consulting firm McKinsey estimates that the metaverse and related technologies will constitute a $5 trillion industry by 2030.