Fed advisor recommends adopting stablecoins as a shortcut to a CBDC 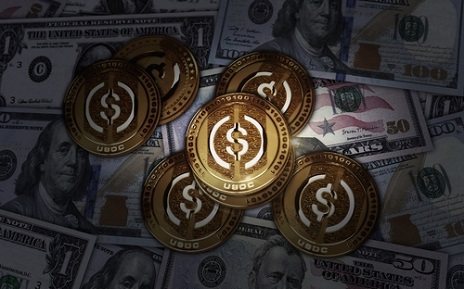 (Kitco News) - As the race to develop and release central bank digital currencies (CBDC) into the world heats up, one New York Federal Reserve advisor thinks that enlisting the help of the private sector might be the best approach for the U.S.

Speaking at the Gillmore Centre Policy Forum event at Warwick Business School in London on Tuesday, Antoine Martin, a financial stability advisor at the Federal Reserve Bank of New York, suggested that “Instead of issuing a retail CBDC, central banks could support stablecoins by allowing them to be backed one-for-one with balances in a central bank account.”

Martin is proposing that private-sector stablecoins be utilized by the central bank in lieu of government-developed CBDCs, an approach that more closely aligns with the economic model of capitalism.

The Fed advisor went on to suggest that stablecoins are a better payment option than volatile cryptocurrencies as they have one-to-one backing by fiat currencies.

“Stablecoins are much better payment instruments than Bitcoin and stabilize their value by being backed by assets denominated in a fiat currency,” Martin said. “They commonly depend on commercial bank money to hold the reserve assets that back their coin representations and this is typically the US dollar.”

He compared his proposed solution to the Chinese payment platforms Alipay and Tenpay, which are required to hold an equivalent amount of yuan being transacted by users in an account at the Chinese central bank to ensure proper funding.

“And so in principle, central bank liabilities could support the provision of stablecoins, much like bank reserves for commercial bank money,” he added. “Such stablecoins could be a close substitute for central bank digital money, while balances in a central bank account are risk-free and could earn interest.”

The Fed advisor suggested that using stablecoins in this manner would be safer for end-users and would ensure that they are paid in full even if the issuer goes bankrupt. This was likely in reference to the collapse of Terra/Luna and its UST algorithmic stablecoin which lost its peg earlier in the year, sparking a wave of bankruptcies across the crypto ecosystem.

“These stablecoins would be safer to end-users and thus more attractive than those backed with other assets,” Martin said. “Rather than producing a competitor to digital currencies by producing a CBDC, central banks could be used as a tool by providers to enhance their payment service.”

In conclusion, Martin noted that while crafting legislation around stablecoins would be difficult, it's an easier path to follow than the Fed creating and managing a retail CBDC on its own.

“Adapting our regulatory and legislative environment to support stablecoins is already a formidable task, but it is probably easier than managing a CBDC for retail use, especially as the private sector currently provides all retail digital means of payments on legacy technology.”

It remains to be seen whether the Fed will opt to incorporate stablecoins into its framework or develop a digital dollar on its own. Last week, the New York Fed revealed its plan to launch a 12-week pilot project in collaboration with commercial banks for a wholesale CBDC, which suggests that the central bank still intends to control the development of digital dollar payments in the U.S.