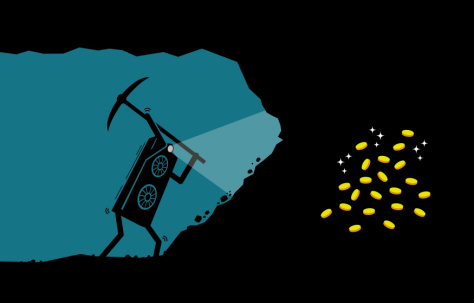 “The law will prohibit Environmental Conservation Law permits from being issued for two years to proof-of-work cryptocurrency mining operations that are operated through electric generating facilities that use a carbon-based fuel,” she wrote.

Proof-of-work (PoW) is the most energy-intensive form of cryptocurrency mining, and is the method used by bitcoin, the largest cryptocurrency by market share.

“The legislation would still allow the issuance of permits for electric energy facilities that use alternatives to carbon-based fuel, such as hydropower, which would permit growth and business development in this industry.”

Upstate New York, with its cheap hydroelectric power, is a popular region for crypto miners to set up shop. “As the first governor from Upstate New York in nearly a century, I recognize the importance of creating economic opportunity in communities that have been left behind,” she wrote.

New York is the first U.S. state to pass a bill of this kind. Hochul said that she intends to “ensure that New York continues to be the center of financial innovation” while also prioritizing environmental protection.

New York-based mining companies represented approximately one-fifth of U.S. bitcoin mining activity in 2021, but their share has dropped as the bill worked its way through the state government.

The draft of the bill was passed by the State Senate in June, but lobbying efforts from the industry delayed its passage into law.