US lawmakers seek to exclude cryptos from retirement accounts 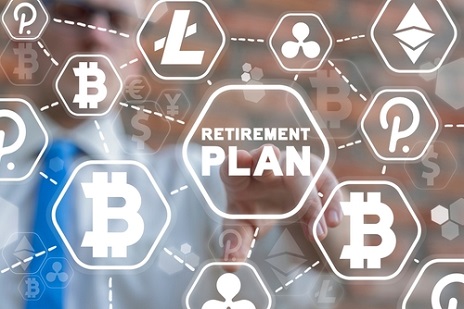 (Kitco News) - Its been a rough year for the crypto market as a pair of contagion events from Terra/Luna and FTX has seen the value in the crypto market collapse, with Bitcoin down 76.1% from its all-time high near $69,000 while the total crypto market cap has fallen from $2.95 trillion to $823 billion.

On Nov. 21, Senators Richard Durbin, D-Ill., Elizabeth Warren, D-Mass. and Tina Smith, D-Minn. sent a letter to Fidelity Investments CEO Abigal Johnson asking that the firm reconsider a decision to allow retirement plan participants to invest in Bitcoin. In April, Fidelity announced that it was preparing a plan that would allow 401(k) plan holders to allocate up to 20% of their retirement savings into Bitcoin (BTC).

The senators cited the increasingly “volatile, tumultuous and chaotic” nature of the crypto market in 2022 as the reason for their request. The trio holds more sway on such matters as Durbin is the number-two Democrat in the Senate as Majority Whip, while Smith and Warren are on the Banking Committee.

"Fidelity Investments has opted to expand beyond traditional finance and delve into the highly unstable and increasingly risky digital asset market," the senators wrote. "The recent implosion of FTX, a cryptocurrency exchange, has made it abundantly clear the digital asset industry has serious problems.”

Taking the matter beyond a simple request to an investment platform, New York Attorney General (NYAG) Letitia James sent a letter to members of Congress on Tuesday asking them to craft legislation that prohibits crypto investments in defined contribution plans and individual retirement accounts (IRAs).

James also called for the rejection of the recently proposed Retirement Savings Modernization Act and the Financial Freedom Act of 2022, which were crafted with the intention of allowing investments in digital assets.

The AG specifically pointed to the collapse of Terra/Luna and the implosion of FTX as examples of the type of Ponzi schemes that she is looking to protect investors from.

“Congress should use the remaining time it has in the final weeks of this session to protect the retirement savings of all Americans by excluding digital assets from IRAs and defined contribution plans,” the letter said.

(A) The Protection of Retirement Savings from Digital Assets is an Important Issue for States and the Working Public.

(B) Congress is Empowered to Act to Protect the Retirement Savings of America’s Workers from Digital Assets.

Interestingly, James made a concerted effort to differentiate between digital assets and blockchain technology.

“There has been a global conflation of the innovations of blockchain technology on the one hand and speculation over digital assets that happen to function through a blockchain on the other,” the letter said. “My proposal does not limit the growth or uses of any technology, including blockchain – and does not opine on their value.”

In closing, the NY AG called for the elimination of undue risk to retirement savings posed by digital assets “by designating them impermissible assets for defined contribution plans and IRAs.”

James suggested that the simplest way to accomplish this goal “is to add subparagraphs to 26 U.S.C. § 408(m) and 29 U.S.C. § 1104(a) that prohibit investing funds in these plans or accounts into digital assets.”