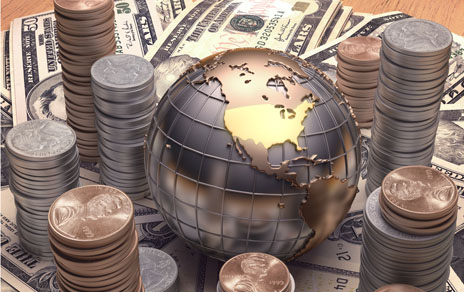 (Kitco News) - A mild recession in the U.S. in 2023 will force the Federal Reserve to pivot in the second quarter of next year, according to market analysts at Société Générale.

The French bank said Thursday that it was making some significant changes to its multi-asset portfolio ahead of the new year and is heavily weighted toward sovereign debt compared to equities and commodities. The bank also said that it is reducing its cash position to zero.

"Overall, expected return should be more positive than in 2022, with particular focus on Treasuries, EM and Credit. U.S. technology remains at risk and Chinese assets uninspiring," the analysts said. "We believe the clear prospect of an imminent Fed pivot offers the opportunity to increase cheap quality credit and strongly re-gear our strategy towards cheap E.M. assets, from unhedged local currency bonds to (mostly) non-China Asian equities."

As to how high the Fed Fund's rate will go, the economists said that market expectations of a terminal rate close to 5% would be appropriate. They added that that would bring real interest rates up to 1.5% to 2%.

"We believe that pivoting before the real Fed fund rate is firmly in positive territory would be a policy error and would trigger much stronger volatility," the analysts said.

The analysts said they continue to see gold as a hedge against risks.

"Systemic risks are a common feature after a round of policy tightening of this kind," the analysts said. "Holding gold and CHF can help stabilize portfolio volatility, in our view."

Although the bank continues to maintain a solid position in gold, it remains fairly bearish on the price next year. The French bank sees gold prices falling to an average of $1,500 an ounce by the third quarter of next year. However, prices are expected to recover and average around $1,650 an ounce by the fourth quarter.

The French bank sees continued improvement in gold through 2024, projecting an average annual price of around $1,800 an ounce. The analysts forecast prices to rise to $1,900 by 2025.