Gold needs a new catalyst as prices end the week around $1,750 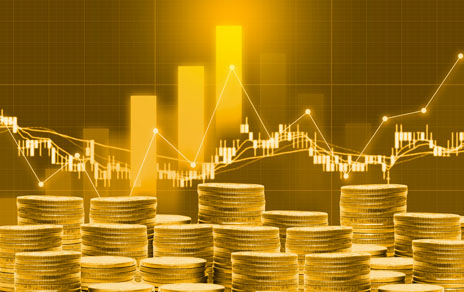 (Kitco News) - The gold market is holding its own at $1,750 an ounce, but analysts are warning investors not to expect a breakout move anytime soon as the precious metal is in desperate need of a new catalyst to drive prices.

According to commodity analysts, the Federal Reserve's aggressive monetary policy stance remains the most significant driver for the gold market. While the U.S. central bank has signed that it could slow the pace of rate hikes in December, investors remain reluctant to jump into the market.

Nicholas Frappell, global general manager at ABC Bullion, noted that gold's rally since the start of the month has been driven mostly by short covering, investors buying gold to cover their short trades. He added that investors are also not buying gold-backed exchange-traded products.

He said it doesn't look like any bullish momentum will last in the current environment.

"Fresh buyers are not motivated in either the Futures or ETF space," he said. "Additionally, the messaging from the Fed is that if anything, rates will stay high for longer and this will help the USD and rates - gold appears to have rallied on a slower path towards high and long."

Markets will be able to hear from Federal Reserve Chair Jerome Powell himself when he speaks next week at an event at the Brookings Institution in Washington DC.

Although markets are looking for the Federal Reserve to slow the pace of its rate hikes to 50 basis points next month, some analysts have said that it is still too early to signal any pivot in the marketplace.

Commodity analysts at TD Securities expect hawkish comments from Powell to weigh on gold as its upside momentum has run its course.

"Considering that we see buying exhaustion across several major global assets, macro headwinds for gold bears already appear to be subsiding. This points to lower risks of an extension in the pain trade for gold, particularly as Chair Powell's speech on Wednesday could provide the hawkish catalyst needed for CTAs to resume selling," the commodity analysts said.

Along with Powell's comments, a busier economic data calendar next week is also expected to add volatility to the marketplace. Economists have said that next week's employment data could impact market expectations on the Federal Reserve's monetary policy.

In recent comments, Powell has said that the labor market has been too tight and the Fed would need to see more slack before it would start to ease back on its aggressive stance.

According to consensus estimates, economists forecast that about 200,000 jobs were created in November.

"Odds are that job gains will still be too high relative to the moderation we're seeking," said Avery Shenfeld, senior economist at CIBC.

Along with the economic data, gold investors will continue to pay close attention to the U.S. dollar. Carley Garner, co-founder of the brokerage firm DeCarley Trading, said that the U.S. dollar index is testing critical support around 106 points. She added that any weakness in the U.S. dollar could end up sending gold prices back above $1,800 an ounce.