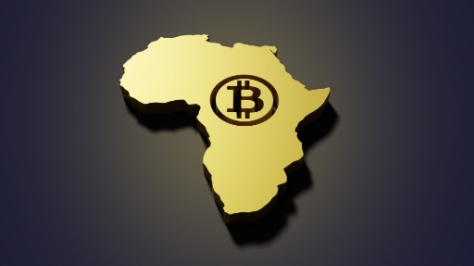 (Kitco News) - The IMF believes the collapse of Sam Bankman-Fried’s FTX exchange should serve as a warning to African nations about the risks posed by crypto to their economies, according to a blog post published this week.

“Regulating a highly volatile and decentralized system remains a challenge for most governments, requiring a balance between minimizing risk and maximizing innovation,” they wrote, noting that only 25% of sub-Saharan African countries regulate crypto, though two-thirds have implemented some restrictions and six countries have banned crypto altogether.

“Africa is one of the fastest-growing crypto markets in the world,” the authors wrote, citing Chainalysis data, “but remains the smallest, with crypto transactions peaking at $20 billion per month in mid-2021.” Kenya, Nigeria, and South Africa lead the way with the highest number of crypto users in the region, with many people using crypto to make payments.

The authors note that policymakers worry that cryptocurrencies “can be used to transfer funds illegally out of the region” and could also be used to get around rules designed to prevent capital outflows.

“Widespread use of crypto could also undermine the effectiveness of monetary policy, creating risks for financial and macroeconomic stability,” they write. “The risks are that much greater if crypto is adopted as legal tender—as the Central African Republic recently did.” They write that if governments begin holding cryptocurrencies in the public coffers or accepting crypto assets as means of payment “it could put public finances at risk.”

The Central African Republic was the first African country to recognize bitcoin as legal tender, and the second in the world after El Salvador did so in 2021. Bitcoin was made legal tender after lawmakers voted unanimously to pass the bill legalizing the world's largest cryptocurrency and other cryptos in April. Since then, Bitcoin could be used as legal tender alongside the regional Central African franc — a currency governed by the Bank of Central African States (BEAC) and used by five other nations.

The IMF authors write that the C.A.R.’s decision has put the country at odds with BEAC and violates the Economic and Monetary Community of Central Africa (CEMAC) treaty to which they are a signatory. “BEAC’s banking sector supervisory body—Central Africa's Banking Commission—has banned the use of crypto for financial transactions in the CEMAC region.”

The information in the IMF post was based on the organization’s October 2022 Regional Economic Outlook for sub-Saharan Africa.