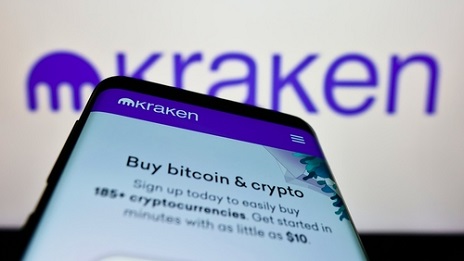 (Kitco News) - The United States Treasury Department’s Office of Foreign Assets Control (OFAC), has announced that it has reached a settlement with the cryptocurrency exchange Kraken for “apparent violations of sanctions against Iran.”

According to the statement released by the OFAC, “Kraken has agreed to pay $362,158.70 to settle its potential civil liability for apparent violations of the Iranian Transactions and Sanctions Regulations.”

In addition to the fine, Kraken will also be required to invest an additional $100,000 “in certain sanctions compliance controls.”

“Due to Kraken’s failure to timely implement appropriate geolocation tools, including an automated internet protocol (IP) address blocking system, Kraken exported services to users who appeared to be in Iran when they engaged in virtual currency transactions on Kraken’s platform,” the statement from the OFAC said. “The settlement amount reflects OFAC’s determination that Kraken’s apparent violations were non-egregious and voluntarily self-disclosed.”

Delving deeper into the case, the OFAC indicated that despite an active anti-money laundering and sanctions compliance program, the exchange processed 826 transactions on behalf of “individuals who appeared to have been located in Iran at the time of the transactions.” The transactions reportedly occurred between October 14, 2015, and June 29, 2019, with a total value of approximately $1,680,577.10.

The exchange has since remedied this issue, but it will still need to pay for the violations of the Iranian Transactions and Sanctions Regulations, 31 C.F.R. § 560.204, that did occur.

“The settlement amount of $362,158.70 reflects OFAC’s consideration of the General Factors under the Enforcement Guidelines,” the enforcement release said.

In the end, the self-disclosure by Kraken and the mitigation efforts the exchange put in place following the violations helped keep it from receiving a more heavy-handed disciplinary action from the OFAC and now serves as a learning example for other exchange operators in the space.

“This case highlights the importance of using geolocation tools, including IP blocking and other location verification tools, to identify and prevent users located in sanctioned jurisdictions from engaging in prohibited virtual currency-related transactions,” the OFAC said. “In particular, limiting the use of such controls only to the time of account opening – and not throughout the lifetime of the account or with respect to subsequent transactions – could present sanctions risks to virtual currency-related companies.”