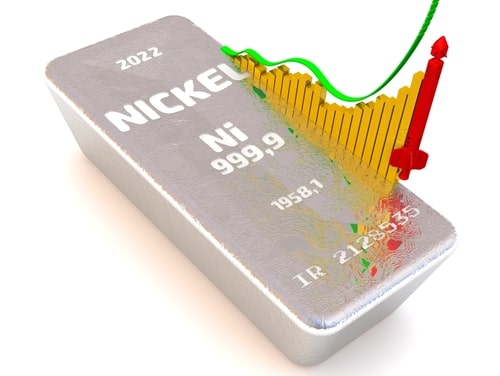 (Kitco News) The London Metal Exchange (LME) said its decision to cancel billions of dollars of nickel trades back in March was lawful and the only option given the circumstances, according to Monday's court filing.

The instance the LME refers to is the massive short squeeze in the nickel market witnessed earlier this year when prices surged 230% in one day and reached a record $100,000 a tonne on March 8. At that time, the LME suspended the market and canceled billions of dollars worth of nickel trades.

The LME is now facing a combined $472 million lawsuit from U.S. hedge funds Elliott Associates and Jane Street Global Trading. But according to the defense filing, the LME had a regulatory obligation to cancel, citing unprecedented market conditions.

"The LME maintains that Elliott's and Jane Street's grounds for complaint have no merit and are based on a fundamental misunderstanding of the situation on 8 March and the decisions taken by the LME," an LME spokesperson said. "All the actions taken on 8 March were lawful and made in the interest of the market as a whole. The LME will continue to vigorously defend these proceedings."

The filing said the actions were necessary to avoid a $20 billion margin call that would have forced the LME into a "death spiral" and led to the bankruptcies of multiple clearing houses.

The lawsuit claims that the LME acted "unlawfully."

The defense court documents talk about the chaos in the marketplace on March 7 and March 8.

The day before the LME suspended all trades, three members missed initial margin calls and margin requirements increased by $7 billion.

At that point, LME Clear "was concerned that it would not be feasible for Members to meet further intraday margin calls." But during a 4 p.m. call, the LME still thought that the market was orderly, allowing it to reopen and citing potential sanctions on Russia as the trigger behind the price surge in nickel.

At 5:53 a.m. on March 8, Adrian Farnham, the head of LME Clear, found out that six members could not make overnight margin payments worth $2 billion. In the following three hours, seven members told the LME they would have difficulty posting margin.

This was when the LME decided that the market had become disorderly, suspending trading and canceling all trades from March 8.

The LME also said it was not aware that the Tsingshan Holding Group's short position was the focus of the nickel market squeeze.