Australian gold production drops 9% in Q3, but the sector remains on solid footing 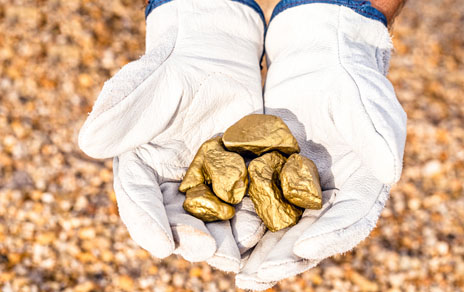 The research firm said that Australian gold miners produced 76 tonnes of the precious metal in the third quarter, down 9% from 83 tonnes produced in the second quarter. Year-to-date, companies have pulled 235 tonnes of gold from the ground.

"Gold production in the September quarter was somewhat disappointing, with fewer tonnes treated and lower recovered grades, but the Australian gold sector remains in good shape, longer-term," said Dr. Sandra Close, a Surbiton Associates director. "Some wet weather and COVID-19 problems affected output adversely, but fortunately, these effects seem to be slowly receding and the rise in production costs seems to be starting to abate."

While Australian gold production may be volatile on a monthly and quarterly basis, Close noted that the sector had seen extraordinary growth in the last four decades.

Close just published her second book on Australia's gold sector in her latest book, Australia's Greatest Gold Boom, which looks at the sector's growth from 2001 to 2021.

"Few people, including those associated with the industry or investors, realize that in the last 40 years, Australia's gold production has risen from less than 20 tonnes to around 315-320 tonnes per year," Close said. "In that time, about 9,500 tonnes of gold have been produced. It is an important contributor to our exports and foreign exchange earnings, with gold currently contributing around A$26 billion annually."