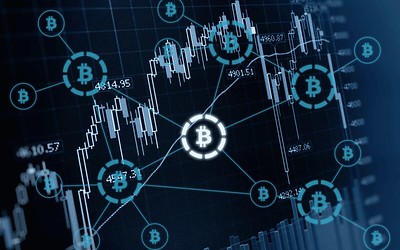 (Kitco News) - The cryptocurrency market welcomed the sight of green across the board on Tuesday as concerns related to unrest in China faded from the minds of crypto traders who have begun to wade back into the market following the FTX-inspired downturn.

Traditional markets weren’t so lucky as the protests in China had far-reaching consequences for global markets. At the closing bell on Tuesday, the S&P and Nasdaq both finished in the red, down 0.16% and 0.5% respectively, while the Dow eeked out a 0.01% gain for the day.

Data from TradingView shows that Bitcoin (BTC) bulls manage to thwart an attempt by bears to smash BTC back below support at $16,000 and push its price to a midday high of $16,540 before entering consolidation near $16,450.

The resilience of the bulls was touched on by Kitco senior technical analyst Jim Wyckoff, who noted that “BC bulls have stabilized prices since they hit a two-year low last week.”

That being said, they need to remain resilient if they wish to continue to push higher as “BC bears still have the overall near-term technical advantage,” Wyckoff warned. “However, the recent sideways price action on the daily chart very slightly favors the bulls, to begin to suggest that a near-term market bottom is in place.”

Potential for a 40% drop in Bitcoin

While many crypto fans have taken to Twitter to proclaim that the bottom is in for Bitcoin and it's only up from there, Mobius Capital Partners co-founder Mark Mobius warned that the top crypto could still fall 40% from its current price during an interview with Bloomberg News.

According to the investing legend, his next target for Bitcoin is $10,000, which represents slightly more than a 40% drop from its current price of $16,450. He also noted that he wouldn’t invest his own cash or client money in digital assets as “it’s too dangerous.”

That doesn’t mean that he thinks cryptos are doomed to fail, however, as the asset class has gained a certain level of resiliency over the years.

“But crypto is here to stay as there are several investors who still have faith in it,” he said, adding “It’s amazing how Bitcoin prices have held up” despite the FTX fallout.

The price prediction from Mobius largely aligns with what the popular on-chain analyst Willy Woo suggested is the “max pain” level for Bitcoin in the event it heads lower.

#Bitcoin bottom is getting close under the Max Pain model.

Green shading adjusts for the coins locked up inside GBTC Trust. pic.twitter.com/haIcKlQ3M3

A sea of green was a welcomed sight in the altcoin market as the vast majority of tokens in the top 200 saw their prices increase on Tuesday.